March for Our Lives: The house of tomorrow reveals itself 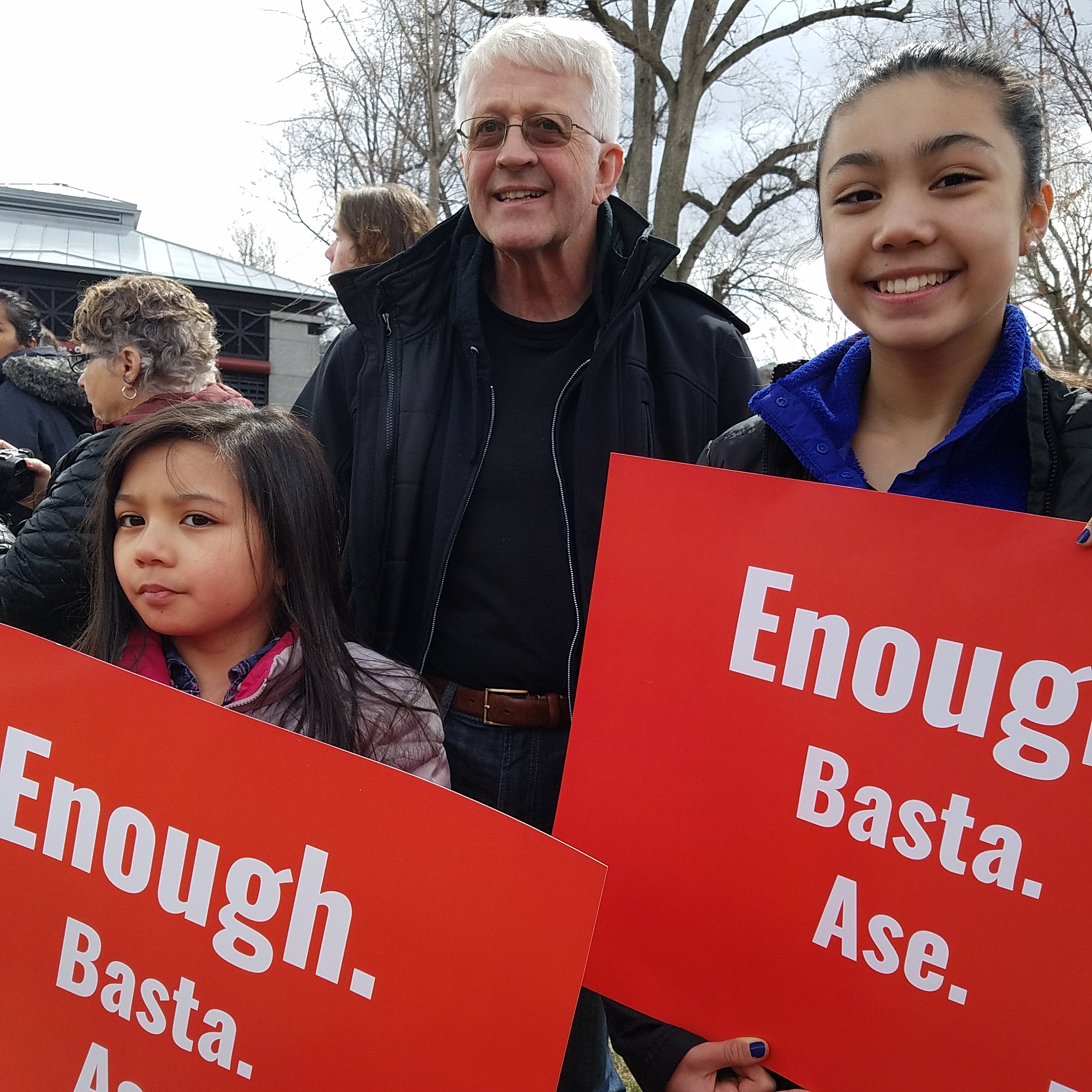 Over 100,000 people walked and rallied against gun violence in Boston’s March for Our Lives on March 24. Three generations of my family were there. The gold dome of the Massachusetts State House gleamed in a wintry sky, high above leafless treetops and bundled-up crowds waving signs on Boston Common.

Deafening cheers welcomed the young who paraded into a grassy reserve near the stage, the ending point of a two mile march from  Madison Park Technical Vocational High School in Roxbury to Boston.

In our sixties, my husband and I marveled as we stood with our 42-year-old daughter and two granddaughters, ages 13 and ten. This day, this plea for gun safety, this spark to national activism is by the young; those who grew up with Spongebob and school shootings have had enough.

Their clarion call brought back the words of Bob Dylan’s 1964 song, “The Times They Are a’Changin’.”

Your sons and your daughters
Are beyond your command
Your old road is
Rapidly agin’.
Please get out of the new one
If you can’t lend your hand
For the times they are a-changin’.

Young marchers wore orange price tags of $1.05. The school shootings at Parkland, Florida was the catalyst for the national movement, #NeverAgain, founded by students at the Marjory Stoneman Douglas High School.  Florida Senator Marco Rubio received $3,303,355 from the NRA during his career.  The students divided this amount by 3,140,167, the number of public and private students in Florida.  The price tag, $1.05, represents the estimated worth of a Florida student.

Bella, my 13-year-old granddaugher, astounded at the power of her very own Generation Z, said, “I didn’t know kids could do this. I’m so inspired.”

What inspires me is the thought and eloquence expressed by those wearing hoodies, jeans and tee-shirts.  Generation Z reaches beyond labels of race, gender, or economic strata, to unite in a national plea for protection.

Opponents would brand them as un-American or  as “paid actors” or as unwitting tools for a Second Amendment ban.

Au contraire. These kids embody reason.  They do not seek a complete ban on guns, but rather a ban on assault weaponry. They want to raise the age to purchase guns to 21, and to have effective background checks.  What is so Marxist about that?

Bravo to them for accelerating progress. Clearly, the older and more experienced have failed for decades.  I have hope. 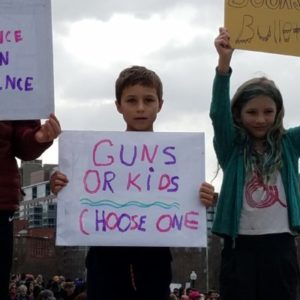 A friend was dubious, “I don’t think much will happen.”

Maybe not tomorrow, but someday.  When they reach voting age, watch out.   I am reminded of the poem, “On Children,” by Kahlil Gibran.

You may give them your love but not your thoughts,
For they have their own thoughts.
You may house their bodies but not their souls,
For their souls dwell in the house of tomorrow,
which you cannot visit, not even in your dreams.