No Religion: Numbers are growing 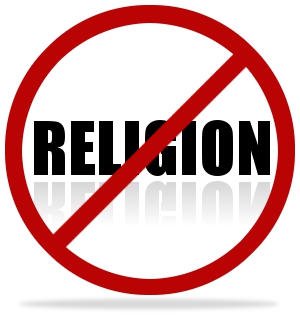 “I don’t need religion,” says a growing number of the religiously unaffiliated. Mention the Bible, and a younger generation tunes out. Outdated. Irrelevant. Yet hope, acceptance, forgiveness and finding ways to love the unloveable are the basis of Jesus’s message.

But who’s reading that anymore?

A recent 2016 survey says that 39% of those polled between ages 18-29 are religiously unaffiliated (labeled as “Nones”), a huge jump from 10% in 1986.  In another age group, 30-49, the Nones made up the second largest group at 29%. They “stopped believing” (60%) or their family’s lack of religious commitment (32%) are the two leading reasons folks no belong to a church, according to The Public Religion Research Institute. Gatherings are more likely based on a need for community rather than religious teachings.

The attitude of “I don’t need it. I’m a good person. Nobody from a pulpit tells me what to do” is understandable.

Like many in the survey, I “stopped believing” when I was about 18.  Now I’m 62. Only when I read the Bible with guidance did I discover my young faith was based on negative sound bites, bad PR, passages taken out of context, and mistaking people for God.

Much to my surprise, I did join a church because a group energy of God’s love is unique.  No need to make small talk about vacation, let’s share what’s in our heart and see if God can inspire a plan.

Also in the survey, a “lack of family commitment” was cited as a reason for being unaffiliated. There’s truth to that. If you never see faith in action, how do you know what it looks like? My mother’s role modeling was significant in my return to faith. For goodness sakes, Josie had a real church kneeler in her bedroom and prayed daily at dawn’s light. God was a kindly father to whom her kids should defer. She spoke a language of gratitude, always reminding us of what “God gave you.” All good things came from God, and when bad things happened, she felt his presence and protection.

Looking back, was it my youth that made me think her religion was a crutch? Yet because of her faith she was never alone, and she never felt powerless. That alone was worth the price of admission when I tiptoed back to faith in my fifties.

Critics say the Bible is a book of “don’t’s,” but ironically, I discovered the main “don’t’s” are my own.  I don’t want to forgive.  I don’t feel like being hospitable.  I don’t have what it takes to reach my dream.

The younger generation polled is dismissive toward religion, yet half of them believe in “something.”  Most of us struggle with issues or sorrows that feel insurmountable. One may say, “I don’t need religion,” but one still has needs.

A happy facade often masks a feeling of “I just can’t [fill in the blank.]”

God has breathed poetic verses in his Owner’s Manual pointing to “oh-yes-you-can-and-I-will-help-you.”