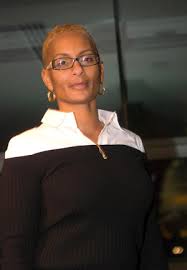 Women rent their bodies as a choice: a myth. Pornography is a harmless spectator sport: a lie. Both enable slavery, often with teenagers plucked from American neighborhoods. Sex trafficking is a $32 billion dollar industry worldwide. That only marginalized women fall prey is another false assumption.

American culture lifts up female independence, which includes personal sexual choices. The movie, Pretty Woman, puts a romantic face on prostitution. Many argue that stripping, for example, is a way to pay for college or to support a family. Fact: only 5% of female sex workers make and keep their money. The rest are prostituted through force and coercion in an industry led by men.

“The girls see the world through a lens of anxiety, shame, guilt, neglect, abuse, or homelessness.They feel their social significance is zero,” said Joan V. Barry, an awareness speaker on human trafficking who spoke at the Milton Woman’s Club.

That mindset is present among lonely children from two-parent families of good means. Morrissey added, “Who is at risk? Girls with parents who work all the time. Does the kid have more things than time with her parents?”

The modern pimp is a businessman recruiting inventory on social media, posing as a possible boyfriend. Barry said, “The majority of pimps in the U.S. are not people of color.”

When they meet, recruiters have three major ways of bringing a girl into the life. Coercion or physical force, but seduction is most powerful. A teenager falls in love with her “boyfriend” who creates an illusion of care and protection. Then sex with others is demanded. Intimidation and violence follow to overcome her resistance.

For the last 20 years, Morrissey educates the public and rehabilitates victims of human trafficking. She knows how the seduction tactic works. Recruited at age 15 with a child, she stopped at 30.

“It started out with him getting half my welfare check, then I started shoplifting, then before I knew it I was standing on a corner in the combat zone.

“These are not victims who say they are victims. They think they chose it. They’re not coming to us saying, ‘How do I escape?’ We’ve trained people to educate them. I’ve said to them, ‘Sweetie, when you have children, do you think it’s OK to sell your 14-year-old girl? People targeted you.’ What child has free will?”

Where there is sex money to be made, then teenagers are easiest to manage and manipulate. It is slavery, and each of us should be an abolitionist.