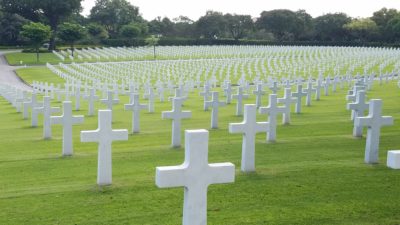 On Veterans Day, the enormity of war speaks. Acres of marble crosses face modern Manila in the Philippines, forever recalling the sacrifices made by American soldiers and Filipino allies during World War II. I was born in the U.S. of Filipino ancestry, and this is a “roots” trip for me.  One powerful stop was the Manila American Cemetery and Memorial, managed by the American Battle Monuments Commission. 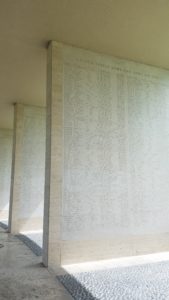 At this 152-acre site I viewed 16,931 Latin crosses and 166 Stars of David on burial plots laid out in 11 concentric rings around the memorial and mall. The Walls of the Missing, huge columns of travertine limestone, are engraved with an additional 36,286 names. Within these numbers, there are 20 sets of brothers and 29 Medal of Honor recipients.

On the walkway within the mall are individual state seals of the United States.  I paused at California, my home state, and Massachusetts, where I now live. For World War II historians, brilliantly colored, ten-foot mosaic maps detail Pacific military campaigns won and lost. Inside the Memorial tower is a chapel rich with symbolic artwork. 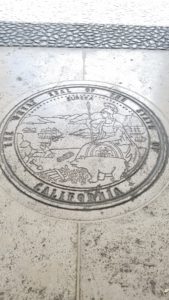 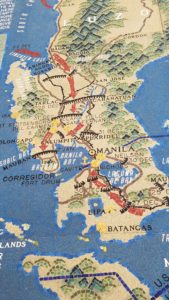 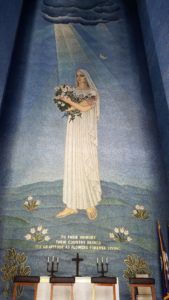 My Filipino father emigrated to the U.S. and later served for six years in the U.S. Navy.  Once when I was in high school my mother, also a Filipino immigrant, objected to my friendship with a Japanese-American girl.

During the war, my mother had witnessed atrocities, and she insisted the Japanese are a vicious people,  “Hija, don’t be her friend.”  At age 15, I thought, “Why is my mother such a racist?”

Now I’m 65, and I know the Japanese are not a cruel people. But I no longer think my mother was a racist. She saw the worst, and for anyone immersed in war, it changes one’s soul and psyche, and rarely for the good. While traveling in the Philippines, I heard horrific stories during my visit to museums and World War II historic sites, which deepened my understanding and compassion.

As Americans, we are fortunate that a foreign government has never waged long-term conflicts on our soil by way of relentless bombings, subjugation, and widespread torture and killings in our towns and cities.

Therefore, thank you to the Greatest Generation and countless Filipino patriots who protected our future on foreign soil. At the Manila American Cemetery, a total of 53,383 gravestones and names stand in testament to hard won freedom those soldiers never lived to see realized. 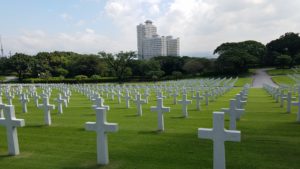 Many untested by service or combat, myself included, can never comprehend the cost of pain, suffering, and sacrifice. Therefore, we cannot take lightly the commitment to war or the precious nature of allies.

General George S. Patton once said, “No good decision was ever made in a swivel chair.”  Sending our troops into battle and keeping good faith promises should never be taken lightly.

Veterans Day is collective day of remembrance and appreciation. Being on foreign soil, looking out at the graves of our very own deepens my gratitude.

This column ran nationally through GateHouse Media on November 4, 2019 and through The Patriot Ledger.