Visit to The Civil Rights Institute: Choosing Humanity Over Otherness 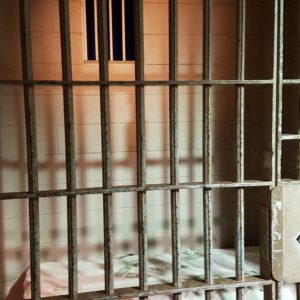 Today America is in the midst of a tectonic shift regarding money, culture, and a fear of outsiders. Fifty-six years ago, these same issues divided our country. At the Birmingham Civil Rights Institute (BCRI) in Alabama, I came face-to-face with past laws that justified abuse and oppression to Black American citizens. For today’s younger generations, it is unthinkable.

In Birmingham, the downtown BCRI is a modern musem, located across the street from the 16th Street Baptist Church where 15 sticks of dynamite planted by members of the Ku Klux Klan killed Addie Mae Collins (14), Cynthia Wesley (14), Carole Robertson (14) and Carole Denise McNair (11).  In front of the BCRI is Kelly Ingram Park, the staging point for civil rights marches, all part of the historic Birmingham Civil Rights National Monuments.

Inside the museum, a video introduces visitors to a history of slavery, a powerful economic engine for the South and unquestioned way of life back then.  Emancipation released African-Americans from being “chattel” but custom, later codified by segregation laws, prevented equality. The large screen rises and a portal to the past opens with two drinking fountains labeled “White” and “Colored.”

I saw a section of a bombed bus that carried freedom riders, and the jail cell door behind which Dr. Martin Luther King, Jr. wrote his famous, “Letter from Birmingham Jail.” Rev. Fred Shuttlesworth was a founder of the Southern Christian Leadership Conference in 1957, which led the movement against segregation in the 1960’s. Shuttlesworth was beaten with chains, his wife stabbed, his home bombed, and yet he fought on as a key figure in desegregation and voting rights legislation.

Hard to imagine are the daily humilations and exclusions. Horrific are the lynchings and violence upon Blacks who dared to resist or question.

Even harder to imagine: Civil rights demonstrators were trained to remain peaceful, otherwise, they were asked not to march. One photo showed a Black woman sitting quietly as a man blew smoke in her face and a woman pulled her hair.  During the struggle for civil rights, the Southern Christian Leadership Conference’s slogan for non-violent resistance was, “Not one hair of one head of one person should be harmed.”

History will remember unarmed demonstrators hit with high pressure fire hoses, being brutalized by the police and set upon by dogs. On a wall, “Birmingham, the world is watching.”

For me, there were moments of tears as I studied each exhibit.  Yet, the unvarnished truth is a powerful key to healing. Acknowledgment of factual history is a leap forward away from an ugly past. To me, the unspoken message is, ‘This is whom we once were, this is not who we want to be now.”

Divisive issues regarding outsiders, immigrants, and the so-called undeserving have been a part of our democracy since its founding.  Yet history will honor those who place humanity over the ever-changing labels of “otherness.”