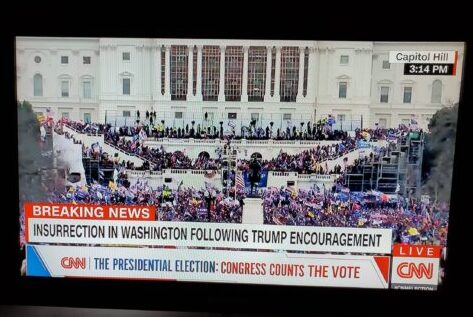 Feel what you feel for as long as it takes to process through it. The right word recognizes our deepest emotions. When I mourn, but my grief is not attached to a physical death, there is a word for it, “shadowloss.” The term was coined by Cole Imperi, founder of The School of American Thanatology, which is the science of death and dying.

Everyone understands grief when a person or a pet dies, and many realize that individual grief has its own timetable. But it is harder to recognize grief when no dead body is involved.

Shadowloss, the loss of something in life that is not connected to physical death, can be every bit as painful. In a TEDx talk, Ms. Imperi shared when she was a 22-year-old newlywed that someday having kids was happily and highly anticipated. But a sudden, serious illness during her first month of marriage resulted in her permanent infertility.

The terrible experience for the couple brought an adjustment period of mourning.  It was during this time, she became aware of of shadowloss and named it.

The brain sees shadowloss and loss from actual death in the same way. When I learned about it, a mental lightbulb illuminated the losses of my own friends: divorce, a job termination, dashed dreams, a parent’s descent into dementia, or a permanent disability.  Hidden grief accompanies such losses, and often, the sufferer keeps it hidden.

Why? Because the griever feels he or she should “get over it.” After all, it’s manageable, and life is still good, maybe even better things lie ahead. Perhaps they’re told, “Well, at least nobody died.”

But the sorrow feels the same, and to navigate through, folks need to understand that.

My shadowloss is the insurrection at the Capitol. I’m grieving and I’m not sure when those violent scenes will dissolve: law enforcement, outnumbered, while they bravely tried to hold the line against insurrectionists. The trauma to 140 officers that resulted in maiming, blindness and suicide. Terrified staffers, employees, and officials running to hide as mob rule rampaged through the Capitol’s hallways, wielding weapons and smearing feces.

The acquittal of Donald Trump, his free pass, broke my heart. On Facebook, I posted feeling defeated.

Many tried to rally me with positive thoughts, not to give up, and all the ways justice will be served somehow, some way, someday. There were reminders to be thankful for the good things in my life.  Besides, some wrote, “Why are you surprised at the acquittal?”

All true. But our country’s first-ever insurrection in modern times is my shadowloss, and for the sake of my own mental health, I will process my sorrow without any obligation to “be strong” for the sake of others.

Frankly, I want to go to the Capitol’s Lost and Found and ask, “Where has my country gone?”

So I feel what I feel today, right now, with no apologies. How about you?

This column ran in The Patriot Ledger and nationally through Gannett on Feb. 15, 2021