Journalists from a spiritual viewpoint 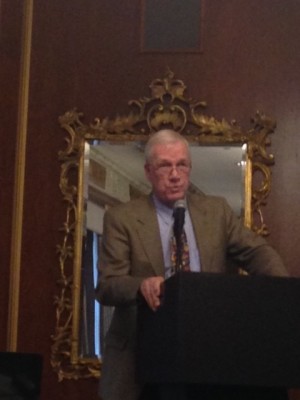 Few ever think of reporters in a spiritual light, but suddenly I do in terms of the David v. Goliath battle to get to the bottom of things  It takes a driven sense of right to keep people and institutions accountable. The Oscar for Best Picture to the movie, Spotlight, is a resounding validation to all those who make a career of it.

Spotlight focuses on The Boston Globe reporters who exposed sexual child abuse perpetrated by Catholic priests in Boston. Initially, the reporters wondered if the number of pedophiles would go as high as twelve. The investigation led to 250, and eventually, the number of criminal priests grew exponentially worldwide. A cover-up went on for decades at the highest levels.

Recently, the highest ranking Vatican official to testify on such crimes, Australian Cardinal George Pell, chief of Vatican finances and adviser to Pope Francis, conceded, “They were very, very plausible allegations made by responsible people that were not followed up sufficiently.” (Religion News, 2/29/2016)

The global impact of work done by four journalists is mind-boggling.  Telling the truth is a spiritual mandate for an individual, and in the public sector, it should be no different.  But it is for reasons of gain, greed or power, and the consequences are farther reaching. Journalists undertake the largely thankless task of exposing lies and secrets. It’s a vital job in a free society.

Spotlight was a nail-biter of a movie, but real reporting is slow-paced drudgery. At the New England Newspaper and Press Association conference, I heard Boston Globe editor Walter “Robby” Robinson, portrayed by Michael Keaton in Spotlight, describe fact-finding as “boring, monotonous, constipating, stultifying, and mind numbing.”

The real Walter Robinson of the Boston Globe, portrayed by Michael Keaton. Photo from the NENPA conference by Suzette Standring

Journalists don’t bring home a fat paycheck, and most will never be portrayed by the likes of Rachel McAdams or Mark Ruffalo.  Most reporters have doors slammed in their faces, hear “click, buzz” when making calls, and are sent down a labyrinth toward know-nothing bureaucrats. Lawsuits by rich and powerful interests as well as downsizing threaten the survival of newspapers. In turn, cutting investigative reporting threatens us.

How else could we know, for example, the depths of the opioid crisis, fraud or corruption? Few of us have the wherewithal to stand against powerful institutions.  Reporters rarely get their due.

“Then you shall know the truth and the truth shall set you free.” That passage in John 8:32 could apply to investigative journalism.

Published by the Patriot Ledger and GateHouse Media, 3/5/2016