Meaningful conversation: is our friendship strong enough for it? 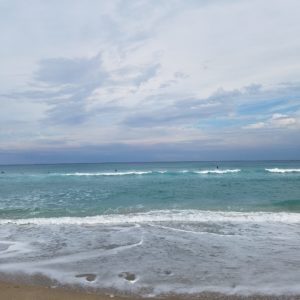 At age 64, I often feel “with it” and young.  But when it’s patently untrue, I then say to my husband, “Gee, I thought I was hip.”  David replies, “You are, Suze, it’s just the hip of 40 years ago.”  Where on the dividing line do I fall? Meaningful conversation guides the way.

During a visit with a friend of 49 years, “conversation” was our theme.  You might say, “Everyone has conversations with friends.  Why make it a theme?”

Is our friendship strong enough to withstand non-agreement? We put it to the test.

There are bonds we share. As children we played outside, willy nilly and unsupervised, until dusk.  Now children who do the same are labeled “free range kids.”  Our grandkids are technology experts. Where did all my photos on my cell phone disappear to? Who’s listening when we talk out loud to Google Home?  If anything ever happens to David, will I die of exposure in my own house because I can’t figure out three-zone heating?

She said, “Life was simpler when we were young.  We were so innocent. Now life is so dangerous.”

Innocent?  Less dangerous then? In San Francisco, the Summer of Love in 1967 brought in free love and drugs.  Bombings and napalm strafings entered our living room through televised reports of the Vietnam War.  In 1966 the National Guard marched down my street in a show of force against rioting that broke out due to a police shooting of an unarmed black teenager.

I reminded her, “Do you remember when your mom was terrified of you coming to visit me because Zebra killers were at large?” (The “Zebra murders” were random shootings in 1973-74 that targeted white victims. “Zebra” referred to the “Z” radio channel used by police.)

From there, we jumped into gun control, immigration reform, and reliable journalism.

We opined freely, with no doubt as to where the other stood.  But when things veered in a negative direction, an intuitive stop sign appeared in our brains, and we put on the brakes.

We are still passionate, but perhaps age graces us with the ability to listen.  I learned from, or, at least, appreciated her viewpoints. She returned the favor.

I call it Christian kindness with a healthy dose of Buddhist detachment.

My takeaway: strong-willed as we both are, there was a time when we might have out-shouted each other, or stomped out of the room, hurling sarcasm over a shoulder.  But not now.

Our peaceful (albeit animated) approach was a measuring stick as to how much we have grown in harnassing our egos.

Mellowing with age? Perhaps, but age highlights the zoom of time. Respect and listening have far reaching benefits beyond senseless name-calling. As friends for decades, we may not understand each other’s politics. Through meaningful conversation, we seek and find love as our common ground.

This column ran in the Patriot Ledger and through GateHouse Media on 7/7/2018.