61 and never been waxed before 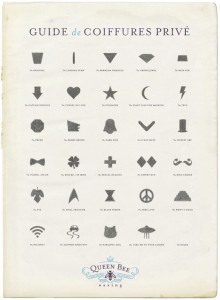 Sixty one, and waxed for the very first time… (sing to Madonna’s Like a Virgin). Why has it taken me years to join this private ladies’ club (or read backwards, a club of ladies’ privates)?

My gynecologist asked, “Do you have any questions?”

I replied, “Do you see a lot of older women getting waxed down there?”

Surprised at this novel line of medical inquiry, he said, “Among younger women, yes, but not often with women over 60.”

Whoa! In an era of iPhone 6, I am a transistor radio. My two obstacles: embarrassment and fear of pain.

Recently I got my eyebrows waxed and one thing led, shall I say, to “a nether.” At the nail salon, I let Kim up-sell me to waxing my upper lip, chin and along my hair line. That last one made me dubious, but she’d pull a hairy strip away from my face and present it as proof. Meet the Wolf Man.

Stripping away, her Vietnamese accent was thick, “Moo skin.”

Is she saying, “Smooth skin” or “more skin” under all my facial hair?

Afterwards, I was emboldened to go further.

I cut to the chase: “I’d like a bikini wax but it’s my first time. Does it hurt?”

She cut to the chase, too, “Fit time willy huts.”

In a private room I partially undress and wonder, “Why am I letting this stranger paw at my lady parts?”

There I was wearing a winter-knit, red, woolen sweater and bare-bottomed. She preps and powders, “You want bikini, just do edges?”

Easily, I’m one of those “peopo” but too polite to scare away mani-pedi customers with medieval dungeon screams. Trump wants to go beyond waterboarding for torture. This could work.

Uh-uh, no need to get any closer to my action with hot wax.

Working further down the primrose path, she touched an area far afield, and said, “I wax here?”
“No, no. Let’s stay in neighborhood.”

Then she flashed a pair of scissors. “Cut a litto, make it nice.”

All done. It took years to have this experience, and her gentle cleaning up made me think about years down the road — I hope someone is this thorough at a nursing home.

Kim said, “You have husband? Make him happy.”

Like that would do it. In twenty years never once did David ever say, “This would complete my life.”

(Later, much to my surprise, it did.)

The waxing wasn’t for any practical or even vain purpose. It’s more a rite of passage, a girls’ club I’ve never joined, and now at 61, I’m in. My doctor observed waxing for the over-60 set was rare. Hah! Now I can pass for being 20 years younger, and even if it’s only down there, I’ll take it.