Angels in the Bible Storybook 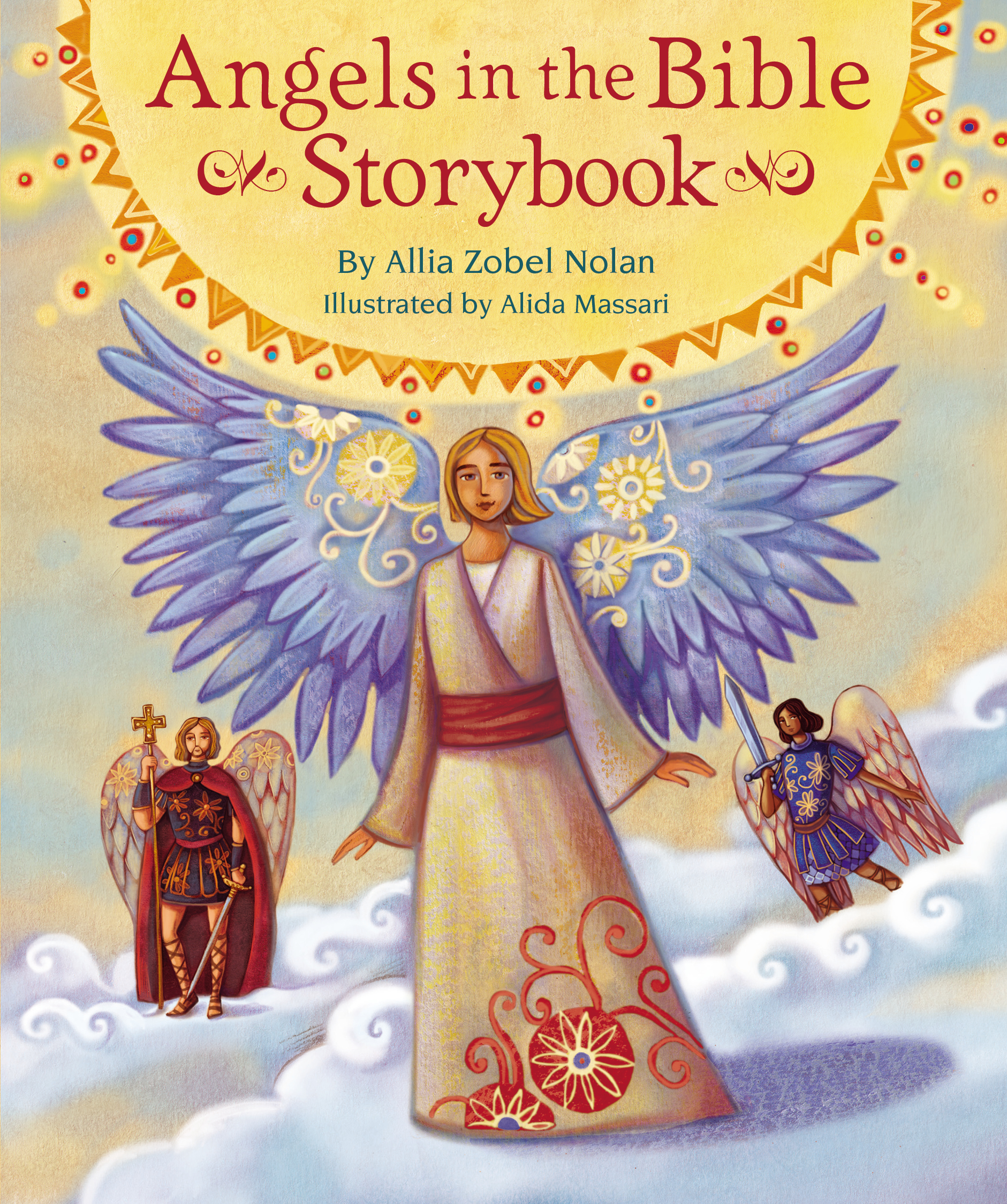 (Photo: Angels in the Bible Storybook by Allia Zobel Nolan)

Christmas lights, twinkling windows, and starry skies make me think of angels.  Busier than workshop elves, angels do God’s bidding, sometimes in disguise. Have you ever been saved from near calamity? Or unexpectedly received help from a stranger? Lucky coincidence to some, but others like me, believe angels were at play.

A juvenile non-fiction book, Angels in the Bible Storybook, written by Allia Zobel Nolan, is chock full of illustrations by Alida Massari.  The book shares biblical episodes when angels appeared to do a wide range of jobs.  They announce great news.  They warn of danger.  They lead the way.  Ego and resistance are wrestled to the ground. Disguised as regular folks, angels eat with people and bestow blessings. They comfort or advise. They rescue against all odds. Angels celebrate and sing. They come in dreams with future visions, and they save us from ourselves.

Zobel Nolan’s book, based on Bible stories, made me wonder how often I may have encountered angelic aid, but tossed it away as coincidental?

There is still a personal encounter I cannot explain.

In 1996 I relocated from San Francisco to Connecticut with a layover in Chicago. I was going to marry David who was already living in Connecticut. The January snow and freezing temps in Chicago threatened the last leg of the journey.  My dog, Kelly,  was in the cargo hold and any delay would add to her stressful separation.

O’Hare Airport was crowded and noisy with non-stop announcements. At the gate I fretted, “Did they leave Kelly’s crate on the runway between plane changes?”

It was the last flight to Connecticut.

With fifteen minutes to boarding time, an older Indian woman wearing a sari and sandals sat down next to me. I stared at her feet and thought, “Who in the heck wears sandals when it’s 10 degrees outside?”

All of a sudden, she turned to me and said, “You are sitting at the wrong gate.”

What?  I hadn’t said a peep to her or anyone and I wasn’t holding anything that would indicate my destination.  She repeated, “You are in the wrong place.”

I ran to the desk to discover the Connecticut flight had been changed to a different gate!

I sprinted to another terminal and was the last person to board as they were closing the plane.

Without her warning, my dog would have arrived ahead without me, and I would have been stranded in Chicago for another day. In 1996 cell phones were not prevalent, and poor David would have been waiting, clueless in Connecticut.

I still wonder at that inexplicable rescue.

Reading Angels in the Bible Storybook is a great children’s primer about help through God’s messengers.  The stories sparked my own memory of angelic intervention, and maybe you have one or two of your own?