Boracay Island: From Polluted to Pristine 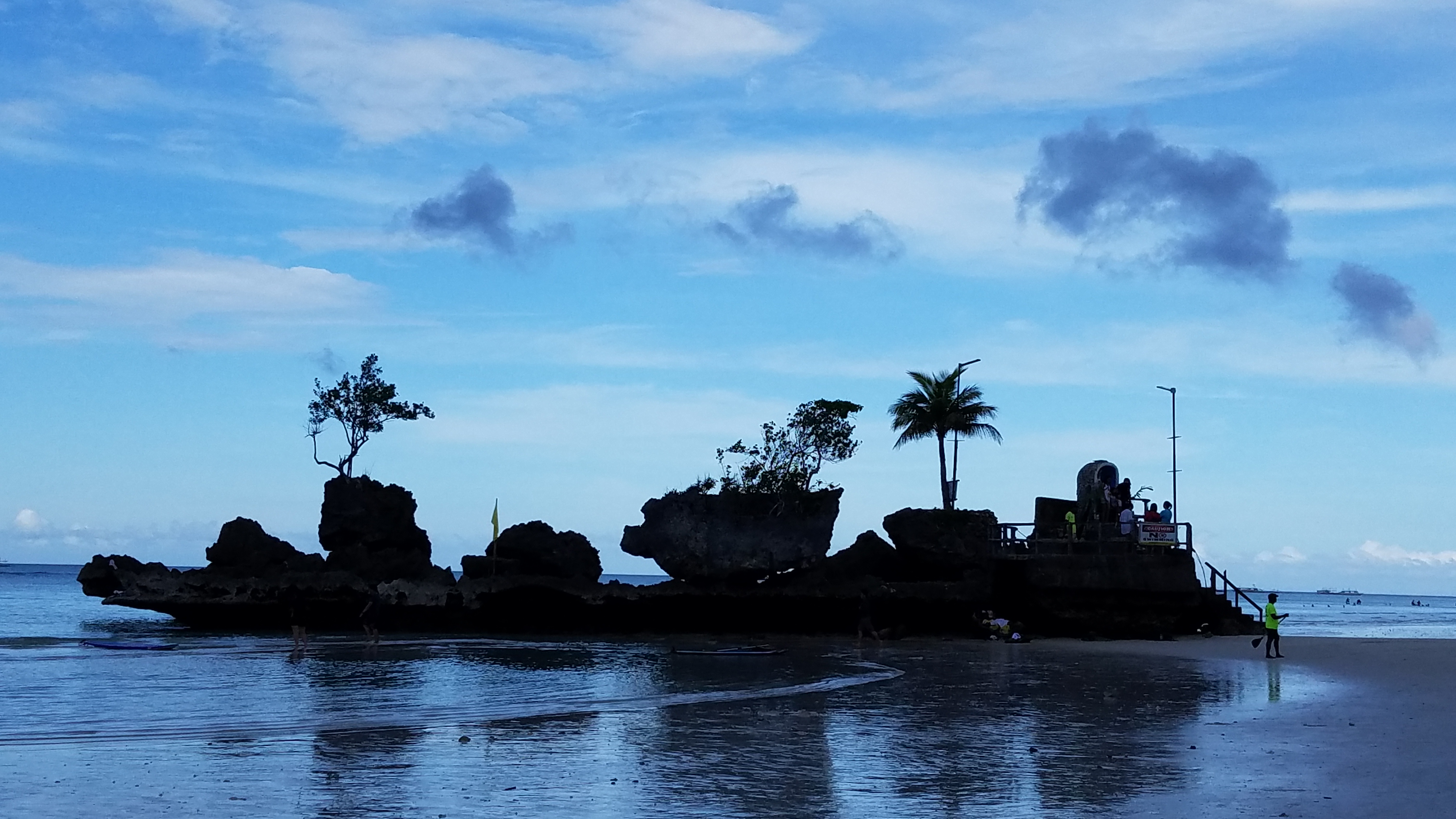 October 19, our second full day on the “White Beach” of Boracay in the Philippines, and such variations of blue! The turquoise sea, the smoky blue gray mountains, skies in silver, eggshell and azure. 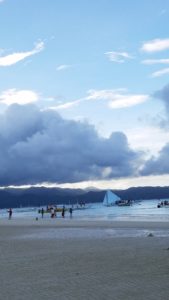 Yesterday evening on the beach a policeman climbed stairs to a shrine on the shore to the Blessed Virgin, and lit candles at her feet at dusk.

This morning David and I walked to the shrine on Willy’s Rock, so named after a nearby restaurant. 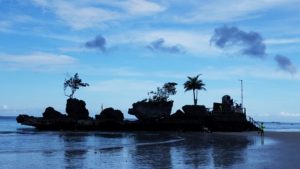 The Catholic shrine is built onto the end of a tidal outcropping of volcanic rock.  In the photo above, you can see the stairs on the far right leading to her statue. Water surrounds the shrine at high tide. At 8:00 a.m. we climbed the stairs. 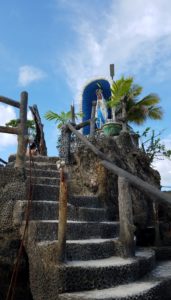 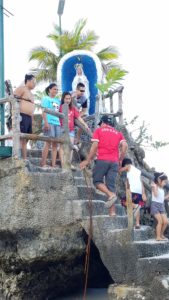 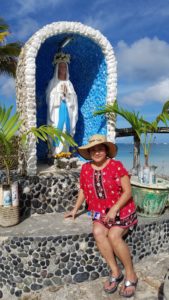 Mother Mary is my pal.  I recall a profound spiritual experience I had in Ephesus, Turkey when I visited the last known home of Mary, the mother of Jesus.  Anywho, it was fun to run into her on the beach.

People here are poor but Boracay appears crime free. Everyone is sweet and friendly. Nature rules and the beaches are breathtaking! But the whole town is torn up due to infrastructure repair.  So if you read glowing reports of night life and shopping, those are old accounts.  Boracay is in recovery mode.

In 2018 the Philippine government got serious about cleaning up Boracay, which had green algae blooming along the shorelines. Only 61% of raw sewage was treated and an annual two million hard partying tourists were destroying this four-mile island.  In April 2018 Philippine President Rodrigo Duterte closed the island to all tourism for six months for a massive cleanup. (Photo from https://news.abs-cbn.com – Boracay before the massive cleanup was ordered)

Food was brought in for residents whose mainstay of tourism was shut down.  Also, land was given by the government to the indigenous Ati tribe for farming.

When I first arrived, I was put off by the town all torn up. But after I learned the background, I had to take stock of my American sensibilities where everything is expected to be perfect, and comfy and just waiting for me. Really, thank goodness big time environmental reform can take place somewhere in the world!  All of Boracay is a work in progress, except for the beaches. 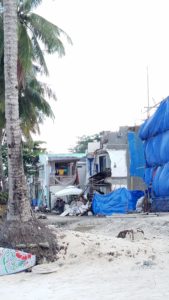 Businesses that did not have proper sewage operation or violated environmental standards were closed or torn them down. Draconian?  Or serious climate change reform?  President Duterte got flak for closing the island and for acting unilaterally, in the main.

Today huge sewage pipes are being installed everywhere and all businesses have to be environmentally compliant to operate.  Streets are full of construction, and when we first arrived, I wondered, “Is this some kind of post-hurricane recovery?”

But the beaches can make up for so much. 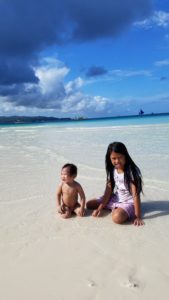 Boracay reopened in October 18, 2018, but limited tourists to about 19,000 at any given time. The annual “Laboracay,” a celebration that drew thousands of hard partiers is no more. On the beaches visitors cannot play loud music, or party 24/7, smoke, or drink alcohol.  No drugs. No plastics or littering.  One warning caught my eye:  “No fire dancing.”

The long stretch of powder fine, white sand is pristine, filled with recreation lovers and families. My smoothie came with a metal straw.  The beaches were first priority and now bringing the town up to environmental standards is next. 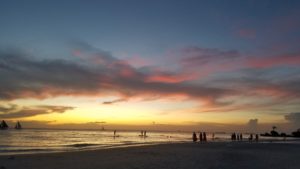 We’re in paradise, being shown around by poor people who are recovering from an enforced six month shutdown of tourism.  Despite the rebuilding it is a wondrous experience in nature.

This is your gal reporting from Boracay! 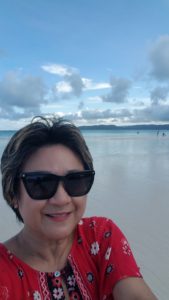 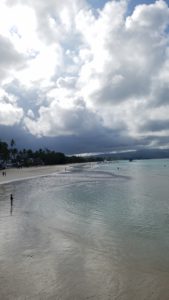 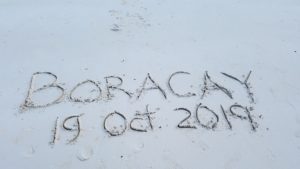