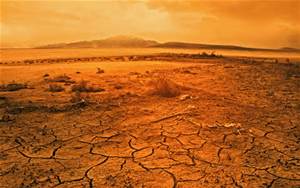 What a slog to change your inner scenery. For Christians, Lent can be a time for testing spiritual character.  I’m somewhere in between that and a second chance at a failed new year’s resolution. With change, a hopeful landscape blooms.

I think of this time as a spiritual awakening to a stronger-and-improved you, which originates from Jesus’s 40 days in the desert. Weakened by fasting, he was tempted by the devil.  Temptation came in three forms: food, challenging God, and gaining power, all with the promise from Satan of comfort, authority, and control.  No! Jesus’ victory over temptation was difficult since his sufferings were felt as a human being.

Growing up Catholic, I had to “give something up” for 40 days, but it couldn’t be broccoli.  It had to hurt to be meaningful, so at the age of nine I gave up TV.  Lingering in the hallway, I eavesdropped on Huckleberry Hound and The Flintstones, but then ran away. Otherwise my “sacrifice” would mean nothing; the worst of all worlds.  Give up TV for almost six weeks, but it still doesn’t count.

Now I’m 61 and have returned to faith as a Bible-based Christian, maturing spiritually.  Kind of.  Sort of. You know what’s hard? Feeling hurt but still giving second chances. Being too proud to apologize.  Recently, both came up between me and a teenager.

“S”, age 17, wanted to study the Bible and asked her friends to include me. What? She was ten when we last spent time together sharing visits and little jaunts. Then she stopped calling, and seemed annoyed whenever we ran into each other. I chalked it up to budding teenager-hood, or perhaps she outgrew our friendship, but I was hurt.  Now I was asked to join her study, and those old hurts came up. For the love of God, she was just a kid then!  Am I that petty?  Yes I am. (So get  over yourself, thought I.) Literally, for the love of God, I said, “Let’s have it at my house.”

When everyone arrived, I marveled at what a tall, lovely, young woman “S” had become, and she asked,  “Does my room still have that futon?”  “Does Isabella remember me?” (My granddaughter was just a toddler then). “A new dog? What happened to Mojo?”

During the study, we explored being truthful, and getting outside of our comfort zone to love others based on Jesus’s example.

Afterwards, “S” took me aside to apologize for the years of distance between us. Back then the death of her uncle made her lash out at everyone for a long time, including me.  Later, whenever our paths crossed it wasn’t annoyance, but awkwardness that she felt.  “It was my pride that stopped me from apologizing sooner,” she said, crying.

My heart felt freshly watered. There had been a desert between us. Declaring “no” to our old selves fueled the crossing and now the new terrain is beautiful.

The Patriot Ledger, 2/20/2016 and through GateHouse Media nationally.