Children’s Book: That They Lived: African Americans Who Changed The World 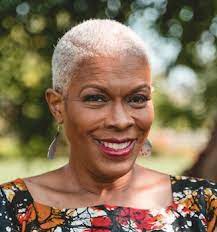 Photo: Rochelle Riley, author of children’s book, That They Lived)

The children’s book proves African-Americans are more than descendants of the enslaved. Black history is rich with inventors, explorers, educators, athletes, politicians, and champions who transformed society.

The book is geared for children ages 8-12, and photos of historical figures are reproduced with two modern children, dressed and made up to mimick the adults they portray, with photos placed side by side. The purpose is a visual reminder that seeds of greatness are planted in childhood. The models are Riley’s grandson, Caleb, and photographer Smith-Jones’ daughter, Lola.

That They Lived features 21 famous Black Americans, their easy-to-read stories jumping off points for children and their parents to discover more. The overarching lesson is do not be defeated. For example, Underground Railroad hero Harriet Tubman’s skull was cracked by a two-pound iron weight subjecting her to a lifetime of hallucinations.  Before becoming a Supreme Court justice, Thurgood Marshall argued more cases before the U.S. Supreme Court than any other lawyer in American history. Katherine Johnson (on whom the movie Hidden Figures was based) was a math genius who could do space calculations manually, rather than use a computer.  Before Rosa Parks refused to give up her bus seat in Montgomery, Alabama that sparked desegregation, a 15-year-old girl did it first, Claudette Colvin.

That They Lived is a collection of human greatness to inspire all children because perseverance and purpose are universal.

Author Rochelle Riley felt her book would be a special source of pride to African-American children.

“As a writer and someone who is determined that the history of Black Americans in America is no longer allowed to be stolen or buried, Cristi and I created this book to remind adults and teach kids about these amazing people, to honor that they lived and achieved and led amazing lives. We want every child to know that every famous person was once a child, and some of them were African American. I join so many others in restoring the African American story to the American history story, where it belongs.”

Sometimes in childhood, a transforming instant takes place, creating a life’s mission. That They Lived brings children into the defining moments of some of history’s most triumphant figures.