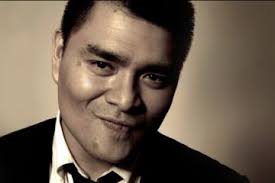 Our humanity is central to the immigration controversy.  Jose Antonio Vargas’s new book, “Dear America, Notes of an Undocumented Citizen” (HarperCollins, September 18, 2018, 256 pages) looks deep into his oft-repeated answer, “I am an American. I just don’t have the right papers.”

In “Dear America”, Vargas, 37, shares his life candidly to correct lies and assumptions, and to frame immigration in its messy and factual reality.

His story begins at age 12 when his mother sent him from the Philippines to America to live with his grandparents who are naturalized U.S. citizens. At age 16, he discovered he was undocumented but kept it secret for years. After college, he began a career in journalism, working for the San Francisco Chronicle, The Philadelphia Daily News, The Washington Post and The New Yorker.

As a young reporter, Vargas won a team Pulitzer Prize for The Washington Post’s stories about the Virginia Tech shootings in 2008. Since then, he has written for national newspapers and produced documentaries, for example, on the AIDS crisis. After years of secrecy, Vargas publicly admitted to being undocumented in a 2011 essay in The New York Times.  He founded Define American, which seeks to humanize the immigration controversy through facts and stories.

When The Deferred Action for Childhood Arrivals (DACA) for those 30 years and younger went into effect in 2012, Vargas was ineligible having just turned 31.

In 2014, he was told by TV host Bill O’Reilly on-air, “You don’t deserve to be here.”  When he spoke at a public event, an attendee screamed at Vargas, “Get in line!”

Here’s the thing: for Vargas and 11 million undocumented residents, there is no line, no pathway to citizenship, only deportation. It’s the limbo of not being allowed to belong to a country you love, and facing deportation to a country you don’t know. Close relationships are avoided for fear of painful separation and putting friends in jeopardy.  It is emotional homelessness.

“Dear America” is eye-opening with its facts.

For example, Asians, not Latinos, are the fastest growing undocumented population in the U.S.

How is this possible withhout a social security card? The U.S. issues a “Taxpayer Identification Number” that allows the undocumented to file tax returns. It’s taxation without representation, and Vargas wrote, “The government has no problem taking our money; it just won’t recognize that we have the right to earn it.”

As a lightning rod for those without the right papers, Vargas is told he hasn’t earned the right to be an American citizen.  “Dear America, Notes of an Undocumented Citizen” is Vargas’s thoughtful reply.  Those of us, blessed by American birthright, might ask ourselves, what do we do to “earn” our place here?

This column ran in The Patriot Ledger and nationally through GateHouse Media, 9/28/2018