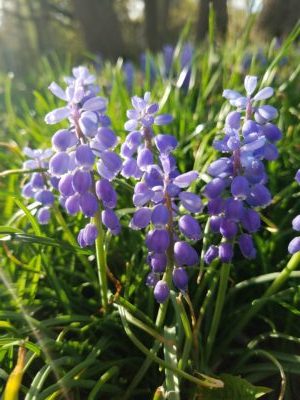 Earth Day was founded in 1970 and Mamma Earth, our vivid, blue ball in space, still needs better loving.  Last year recorded 7.6 billion people on earth, which can only sustain 9-10 billion based on available resources calculated by Edward O. Wilson, the father of sociobiology. Global habitation will choke before 2050, when the predicted population will be 11.8 billion, and that is based on current decreasing fertility rates.

Like the proverbial canary in the coalmine, the last trill is a warning to us.

When I was younger, I first learned the Dodo bird disappeared in 1681. Through the centuries, overhunting and using plumage in accessories endangered beautiful birds, but who knew enough then to protest when demand and profits were high?

I see the face of God in changing skies and seas.  Divine eyes blink back at me through nature’s creatures.  One doesn’t have to be religious to feel reverent awe. Fesh air and the greening of spring is a refreshment to everyone’s spirits. The natural world is a priceless delight.

Yet some industries exact a price from nature, and in the long run, humanity will be shortchanged. Stewardship of the natural world is a spiritual command.

“Then God said, “Let us make mankind in our image, in our likeness, so that they may rule over the fish in the sea and the birds in the sky, over the livestock and all the wild animals, and over all the creatures that move along the ground.” (Genesis 1:27).

Since when did “rule over” come to mean “rule out” nature?

For those who profess faith, it is a no-brainer that the nature of God is compassion.  The likeness of God is mirrored in love and protection. Is it such a stretch to believe divine tenderness must be extended to nature and all living things?

Vast tracts of rainforest, timberlands, desert, and shoreline make us feel puny.   We doubt our power to change policy. Yet we are faced with stewardship choices every day with far reaching effects.

Marine scientist Darrell Blatchley told CNN that in the last ten years, he has observed 57 whales and dolphins that have died from swallowing plastic.  Such creatures process liquid and nutrition from the food they swallow, and plastic prevents that, causing them to die from thirst and starvation.

For crying out loud, can you bring a reusable bag to the grocery store?

There are public movements to protect our planet, as well as personal ways – recycling, composting, using less plastics and disposables – to reconcile with and care for Mamma Earth. Your children and grandchildren’s lives depend on it.