I found my half sister 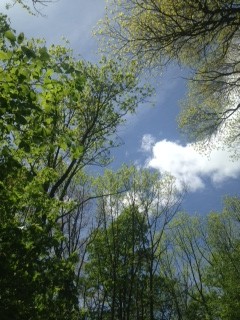 About 1965 was the last time I saw Jeannette. I was ten and she was 18. Now I’m 60 and only recently I’ve been searching for my half-sister. An obituary is a sad place to end.

She died in 2012 at the age of 65.  It was the same year when an intuitive itch came over me to find her, but I didn’t know her married last name and she wasn’t on social media. I made calls and sent letters to possible addresses. Nothing ever came back.

Then my husband thought to hunt for an obituary through Ancestry.com.

But there it was, a funeral notice.

It’s natural to regret lost opportunities, such as the years we might have spent stitching up remnants from our past through mutual, but no doubt, very different memories.

Mainly, I’ve lost the chance to say I’m sorry. Jeannette left our home at age 15.  I was seven.  What do I have to be sorry about?

I’m sorry my father’s bitterness and my mother’s dismissal of Jeannette became a part of me as indifference born from a loyalty to my parents that never allowed me to search for her in earnest. Only now I see that.

My father divorced Jeanette’s mother and was granted full custody of my half-sister. By an arranged marriage in the Philippines, my own mom came to America full of romantic dreams, but soon found herself with a resentful stepdaughter, and married to a man often absent as he served in the U.S. Navy.

His ex-wife harassed my mom who once told me that fear and stress caused her two miscarriages before I was born.  She blamed having custody of Jeannette.

I was too young to understand.  As a budding teen, Jeannette was sociable and pretty, with an eye for fun. I wanted to be just like her but she couldn’t be bothered with me. By age 15, Jeannette went to live with her own mom to escape my strict father who viewed her leaving as a bitter betrayal. My father ranted, “She’s no good, just like her mother.”

Jeannette returned at age 18 for a visit.  Through my ten-year-old eyes, she was 1960’s trendy in a blue mini-dress.  Twiggy-style short hair, black eyeliner over flirty cat eyes, and a winsome smile with two dimples on either side.  She told my father she had a son and was getting married.  He called her a prostitute and kicked her out.

Now five decades later, I read her ever-so-brief obituary.  Her parents are not even named. The last sentence reads: “her father and mother () ; ;” the incomplete section of a template someone forgot to delete.

That missing piece is a painful metaphor for unanswered questions. Why didn’t we reconnect years ago?  On my end, I grew up accepting my parents’  long ago rejection of her.  By tradition, it became mine. Everywhere, other half-siblings barely know each other, prevented by old feuds between exes.  I’ve learned it’s an old tape that serves me no longer. It’s a too-late realization and now I’m sorry I’ll never know Jeannette’s story.