Man with Asperger Finds His Voice in Toastmasters 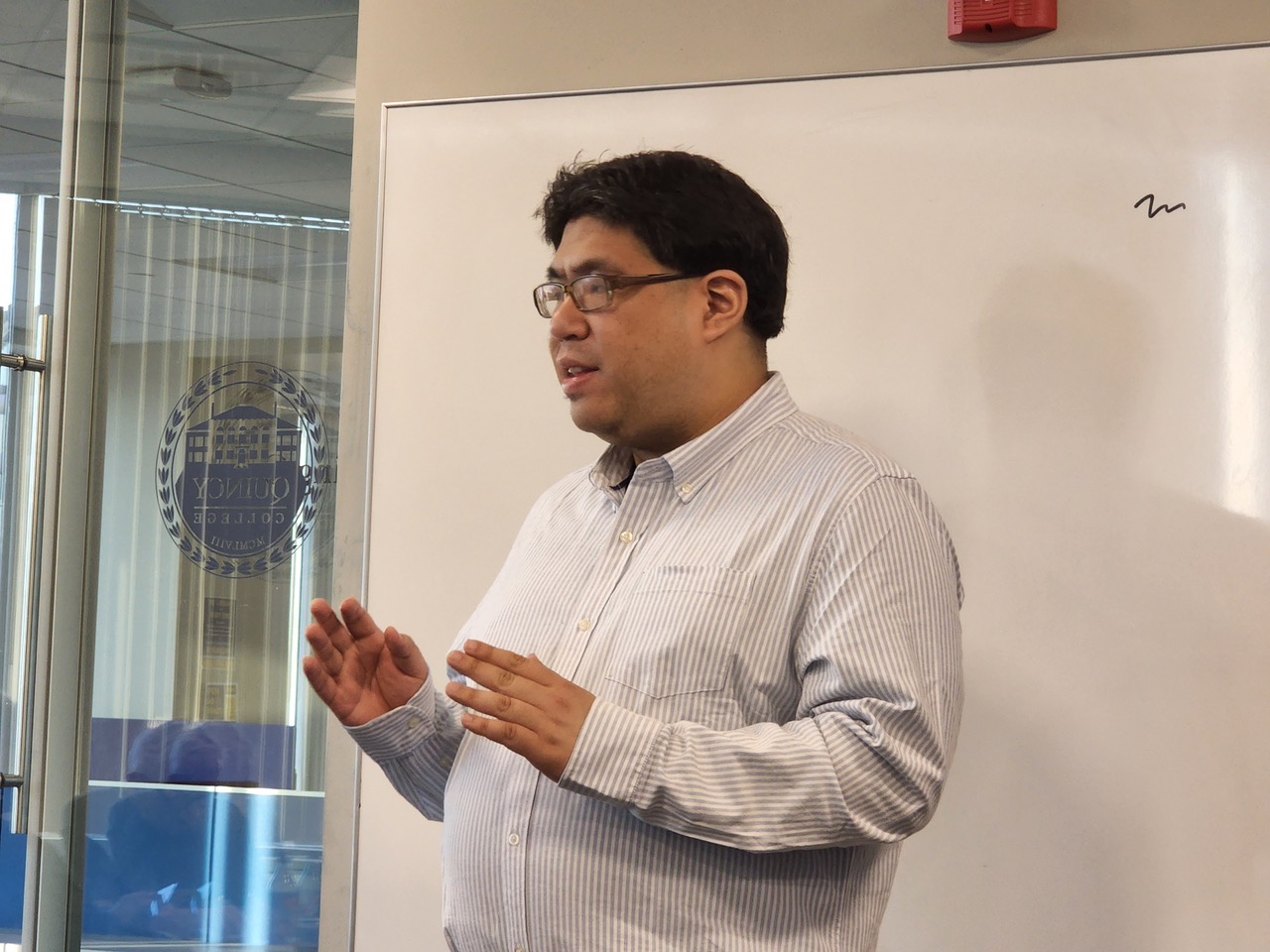 Clive Wan has Asperger Syndrome and for those on the autism spectrum, social interaction can be difficult. In 2016, he joined Quincy 675 Toastmaster’s Club to gain confidence when speaking, which meets at Quincy College. Typically quiet, he admitted, “I don’t have a lot of social interactions.” Yet the 34-year-old Braintree resident became the club’s president.

Scott Sucy of Braintree said, “When it was time to nominate someone to be my successor as club president, I wanted to choose someone who not only would be an excellent president, but would also benefit personally from serving in that position as well.”

Clive has come a long way. His early talks to the club were full of statistics. While talking, he’d hold his hands clenched by his side and look up at the ceiling.  Over time with positive feedback, he trained himself to make eye contact and to adopt more natural body language.

A fear of public speaking is common, whether it’s speaking in a group, making a work presentation, or leading a project. Clive’s hard work won the hearts of his co-members.

Clive is a process engineer studying flow rates and pressure within industrial pipe systems.  As a child he attended special education classes and transitioned into mainstream schooling. Clive has two degrees in chemical engineering; his Bachelor’s from UMass Amherst, and later, a Master’s from Cornell University.

Toastmasters teaches many ways a speaker can engage an audience. One time, Clive challenged himself to give a humorous talk. He shared how, as a child, he studied maps. It was a fascination that annoyed his mother who saw it as a waste of time; that he should read books instead. Then one day in 2017, his family flew to Seattle to visit his aunt and uncle.  Driving from the Seattle airport, their GPS did not work and his family’s smartphones had run out of batteries. But Clive came to the rescue. He guided his dad to the right freeways and exits, all from memory.  There was laughter when Clive ended his speech.

“I told my mother that I guess it was good that I wasted all that time studying maps.”

Clive has good spatial skills and said, “Asperberger’s can be more focused on things that form a pattern. Visually, colors, shapes and patterns are easier to remember.”

Each speech is evaluated by a club member and Clive worked to incorporate the evaluator’s suggestions for natural gestures, effective pauses, and a smooth flow of words.

Clive shared the difficulties of trying to focus, “People with Asperger’s think too much about their surroundings. I can overthink things or hyperfocus on distractions.”

While his progress was remarkable, Clive’s public speaking only takes place at his club.

“It’s socially awkward, it’s hard to make friends. Toastmasters makes me comfortable because I have a social group to go to. I wish I could take the initiative to go out and actually talk to people rather than staying at home.”

Perhaps things are about to change. Clive’s presidency ends in June and he volunteered be the new Toastmasters Area Director for Area 64, which requires him to visit and interact with other clubs.

What advice does he have for those who would like to befriend him?

He said, “We think in different ways. Realize what the advantages and positive qualities that people with Asperger’s bring to the table.”

This column ran in The Bright Side for The Patriot Ledger on June 18, 2022

Link to column in The Patriot Ledger