Philippines: A visit to a haunted war site 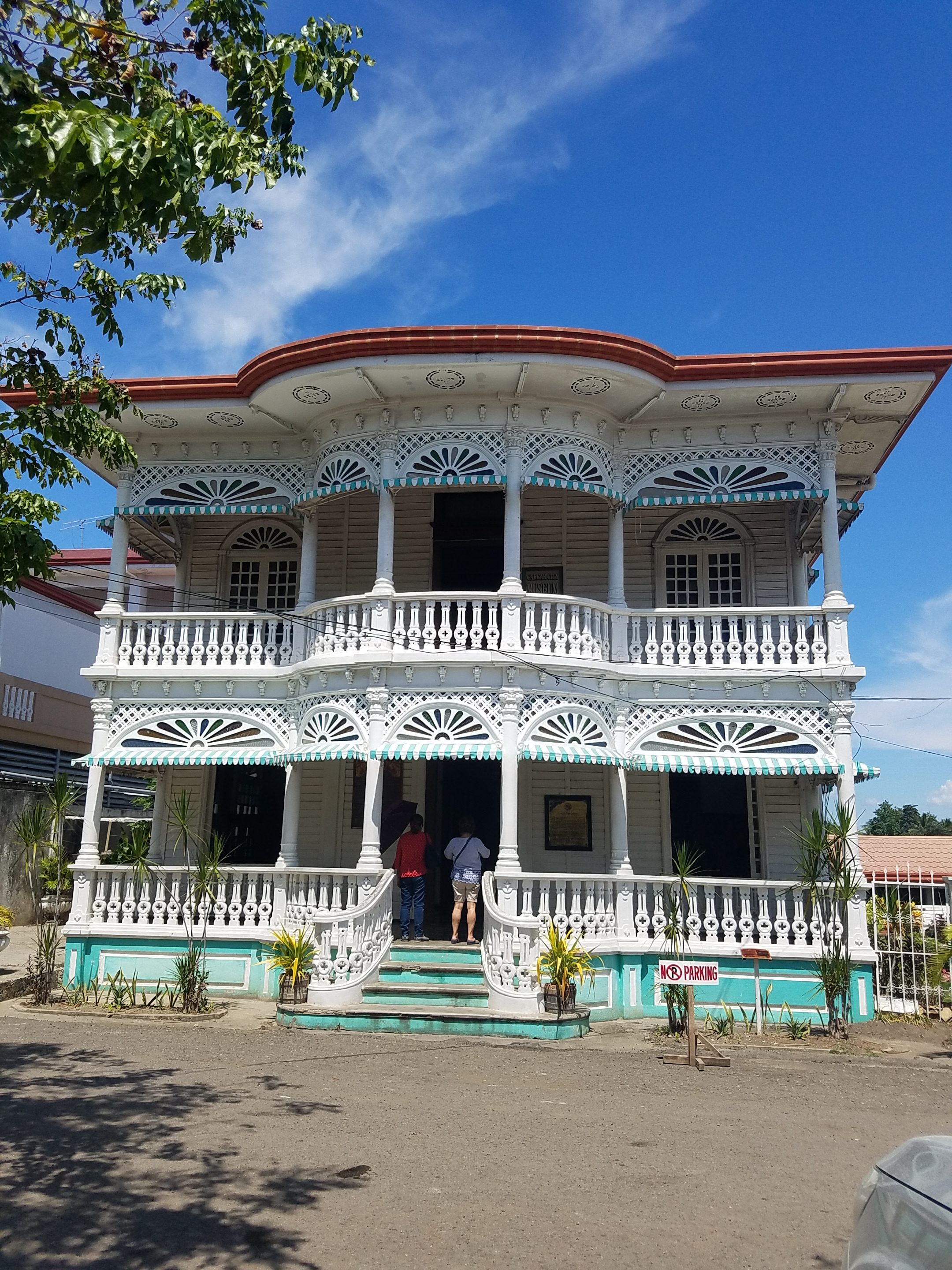 In the town of Carcar in the province of Cebu in the Philippines, we visited The Carcar City Museum, formerly, “The Philippine Health Service Dispensary,” where horrific tortures took place on Filipinos by the Japanese during World War II. 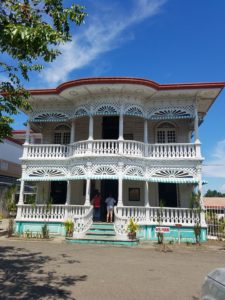 That’s not what the two-storied site suggests at first glance. The building is painted white and dressed in light green filigreed woodwork, a place where one might go for a Sunday tea.  There is a big concrete swimming pool, long dry, in the back.  Originally, it was a country club for the wealthy.  The museum guide, Joanna, took us around.

Pre-World War II, a cholera outbreak turned the building into a makeshift hospital, where it later became the Philippine Health Service Dispensary.

Walk inside and the stairs are large-planked dark mahogany, and the hallways are laid with black and white tiles. The the sun shines through colored glass paneled windows into rooms that feature artifacts, such as pre-World War II photos, a vintage dress, and antique furniture. 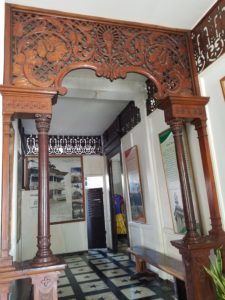 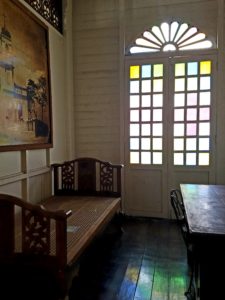 I entered the above room on the right, and felt the spirit of a woman.  No description came to me, just a feminine presence, as if she were sitting quietly and watching, but I felt like it was “her room.”  I brushed it off, thinking, “Oh, stop.  There you go again.”

At that point in our visit, nobody had said anything about hauntings.

During World War II, unimaginable cruelty was inflicted on Filipinos and Americans by the Japanese who turned the Philippine Health Service Dispensary into a torture site.  Our docent pointed to the swimming pool, long empty, and reported that hundreds of Filipinos were bound hand and foot and thrown in to drown. (Photo of pool below) 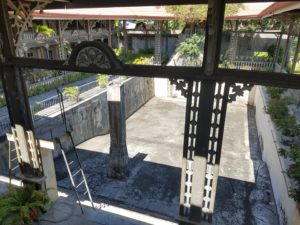 Then we learned that a  team of international paranormal investigators visited the site recently to look into the reported presence of ghosts. It wouldn’t surprise me given the place’s history.

“So what did they find?” I asked Joanna.

“They said there was a woman in that room,” she said, pointing to the room where I felt the presence.

“They tape recorded crying, maybe she was grieving for a child who was killed here, and was asking for help.  Investigators tape recorded the name “Juana.”

Then Joanna added, “That’s my name in Filipino!”

Perhaps the spirit feels an attachment to her since Joanna has been an active volunteer in the preservation of the building’s history for 20 years.

Joanna said there have been occasional reports by volunteers of locked doors opening and furniture moving.

Goose bumps all around!

And just across the way from the museum is the Church of St. Catherine of Alexandria, also called Carcar Church, the exterior of which is made of coral stone. Pictured is its opulent interior.

Stay tuned as I write about visiting one of the “Seven New Wonders of the World.” 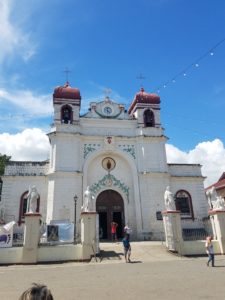 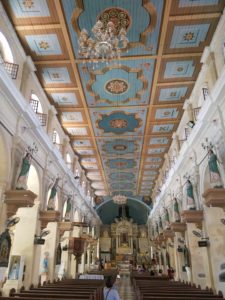