The Bible, Bette Davis and The Matrix 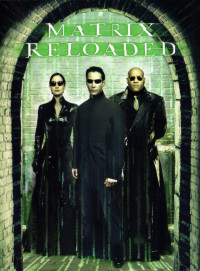 This spirituality column was published in 2008 in The Patriot Ledger, but it remains one of my favorites.

In public schools, the Bible has been thrown out with the bath water. Down the drain has gone its rich literary influence. Younger people often draw a blank at Old Testament or gospel references.
Recently, I talked to a young woman about the future downsizing of my home and jokingly said, “No need for a great big ark.” Her quizzical look told me my Noah reference was lost on her.
When a 22-year-old co-worker announced her intent to stop investing good efforts into a very bad boyfriend, I agreed by saying, “Pearls before swine, my friend.” She said, “How do you always come up with such original phrases?” But I didn’t. It was from Matthew 7:6. Phrases of biblical origin are common in our culture, which may surprise younger generations.
“The spirit is willing but the flesh is weak.” (Mark 14:38) (A phrase I often say after an unsuccessful diet). “The writing on the wall” has come to mean an obvious outcome. In Daniel: 5, King Belshazzar gets drunk using gold goblets taken from Jerusalem’s temple. To punish his blasphemy ghostly fingers of a human hand appear and write a prediction of his downfall on a wall.
A “Judas kiss” symbolizes betrayal (Mark 14:44-46).
“Sweating blood,” which conveys horrific fright, can be traced to Jesus’ bloody perspiration anticipating his crucifixion (Luke 22:44).
At one time Biblical descriptions were used as common shorthand, lending a rich texture to language: paradise (the Garden of Eden); a Good Samaritan (the caring stranger); the road to Damascus (sudden transformation); or the Golden Rule.
Excluding scriptures from education has robbed a younger generation from insights into secular literature and films.
For example, John Steinbeck’s classic, “East of Eden,” was inspired by the Genesis story of brothers Cain and Abel. Even the book’s title refers to where Cain was banished after murdering his brother. So Cain went out from the Lord’s presence and lived in the land of Nod, east of Eden (Genesis 4:16).
In 1941 Bette Davis starred in “The Little Foxes,” which portrayed a scheming family bent on greed and the ruin of relationships. The film’s title derives from scripture: “Catch for us the foxes, the little foxes that ruin the vineyards, our vineyards that are in bloom” (Song of Songs 2:15).
The vineyard is a metaphor for love in bloom and the warning to safeguard against predators who would destroy it.
I’m no scholar, but I’ve read the Bible cover to cover. It’s fascinating how many scriptural references exist in popular culture. Suddenly they’re everywhere. When “Pale Rider,” Clint Eastwood’s 1985 western, was on TV, I recognized the title as coming from Revelation 6:8: “I looked, and there before me was a pale horse! Its rider was named Death.”
No doubt the religiously illiterate failed to catch the sparkle of gems in the movies “The Matrix” and “Matrix Reloaded.” For example, consider that the main ship is called Nebuchadnezzar (“Neb”).
In the Old Testament, Nebuchadnezzar was a Babylonian king whom God blessed with power. But when Nebuchadnezzar took sole credit for conquests, God reduced him to madness for seven years, restoring him only after the king humbly acknowledged God. (Daniel: 4).
“The Matrix” crew aboard the Nebuchadnezzar searches for Neo, who is believed to be “The One.” An inscription on the ship reads: Mark III, No. 11 made in the USA year 2069.” In the Bible, Mark 3:11 reads, “Whenever the evil spirits saw him, they fell down before him and cried out, ‘You are the Son of God!’” Just as the Latin origin of words enriches one’s understanding of language, Biblical familiarity gives depth, history and richness to various works.
In Romans 8:39, Paul wrote: “For I am convinced that neither death nor life, neither angels nor demons, neither the present nor the future, nor any powers, neither height nor depth, nor anything else in all creation, will be able to separate us from the love of God that is in Christ Jesus our Lord.”
I wondered if this same scripture had inspired Elizabeth Barrett Browning when she penned in her poem: “How do I love thee? Let me count the ways. I love thee to the depth and breadth and height my soul can reach, when feeling out of sight for the ends of Being and ideal Grace.”
The Bible contains and has inspired some of history’s greatest literature. Anyone can enhance their understanding, and a secular study of scriptures in school would be good start. But to battle such controversy would be much like David v. Goliath.