United Airlines Abuse: The letter of the law 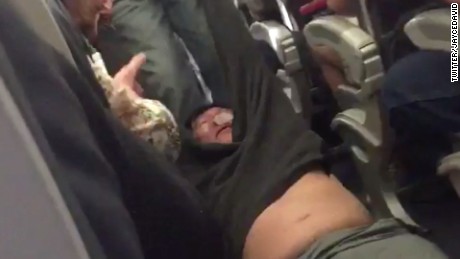 Frankly, travel is stressful enough. Belligerent?  I’d raise my voice, too.  I’m settled in, and then I’m told to get off and wait for the next flight?  Every traveler has a memory of a perfect storm day of anxiety-delays-unhelpful-people.  At some point, enough is enough.

Disruptive? If a beefy officer leaned in and grabbed me, I’d be hollering, too.

What happened on that United flight in Chicago is symptomatic of a growing trend of national behavior:  the “us versus them” mentality.  In one of several videos taken by passengers, the manhandling by security is egged on by someone yelling “Good job! Way to go!”

The absence of compassion hurts my heart.  No sensitivity or common sense.  The letter of the law is the new god before whom we must bow.

What did the poor man do to deserve such abuse?  He wasn’t a threat.  He wasn’t bothering anyone.  He had a paid ticket and needed to get home.  Any one of us traveling to a sick child, a wedding, a funeral, or important business could be that man.

Nowadays, the defense, “Well, it’s the law” covers a multitude of sins.

Surely, United Airlines never thought the incident would be their direct route to PR hell.  When the crew called in security, no one could foresee an innocent passenger bloodied, and dragged dazed, eyeglasses askew, down the aisle.

The spirit behind most laws is to serve the public’s benefit and to protect individuals with respect and fairness. Yet the despicable trend in bullying by powers that be is fueled by, “It’s the law.  You don’t comply.  One way or another, we’re going to show you who’s boss.”

Others with authority stand by and let bad things happen.

Frankly, overbooking tickets protects airline profits.  The execution of that law was beyond human decency.  No doubt United Airlines will face litigation and extraordinary loss of revenue.

When you insist on enforcing the letter of the law to its extreme, The Law of Unintended Consequences kicks in. Friendly Skies?  Not so much.

Written for The Patriot Ledger and GateHouse Media