Valentines Day for the quiet and uptight 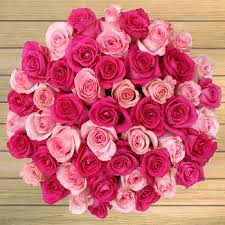 Valentine’s Day calls to mind the young, the sexy, the hormonally driven. On passion’s official day, the quiet, the methodical and the somewhat uptight are overlooked. But Cupid’s arrow hits them, too. Take, for example, my British in-laws.

Margaret and Norman embodied reserve, decorum and moderation, with days spent in their North Yorkshire garden, turning the compost and potting more primroses. They grew their hedges very high.

“We don’t want people see our business,” his mother would say.

What business? A bit of a read in the morning, an episode of Coronation Street. Occasionally, Norman would “meet the boys for a game of snooker.” Theirs was a tidy schedule, even down to the punctual chopping of egg salad on greens every day at noon. I never saw them kiss or as his mother would call it, “vulgar demonstrations.” I always sensed a pullback whenever I threw myself at them for a hug.

It took me a while, but I finally won my mother-in-law over when she, one day, called me her “dear little thing.”

One of the neighbors quipped, “Well, she’s had 10 years to test drive you, now hasn’t she?”

My husband is talkative and affectionate, which always sparked my question, “David, are you sure you weren’t switched at the hospital?”

Then his father died and and a few years later, his mother followed. We went to England to clean out their home, and that’s when I found them.

In a dresser drawer, there was a lifetime of cards from Norman to Margaret. Each card was romantically decorated with a printed poem inside, but what startled me was Norman’s handwriting. He didn’t just pen his name at the bottom, he wrote a sweet little sentence. Every year, he wrote something different: “To my little charmer, with lots of love” or “To the sweetest girl in the world.”

In his 30th anniversary card to her, he hand wrote a poem,

Those thirty years of kind devotion
I contemplate with sweet emotion
Would the fates could reassure us
Thirty more such be before us
No magic spell could charm my life
As did the day made you my wife
To you these things my heart would say
On this our anniversary day
With all my love, darling.
Norman

David walked in to find me weeping over a stack of flower cards. He picked one up that read, “Happy anniversary from your devoted lover,” and I could tell he was shocked in an after-midnight-naughty-TV kind of way. (Maybe all kids feel that way about their parents.)

Shaking his head, David said, “It sure doesn’t square with how I saw them.”

Like Margaret and Norman, millions of people don’t fit the February 14 image of throbbing hearts and big smoochers. Yet, theirs was a lifetime of devotion that was quiet, deep and intimate, even if no one else recognized it. All the things lovers yearn for on Valentine’s Day.

This column ran in The Patriot Ledger (MA) and nationally through GateHouse Media on 2/1/2019.