Ask yourself: is this the way you want to live? 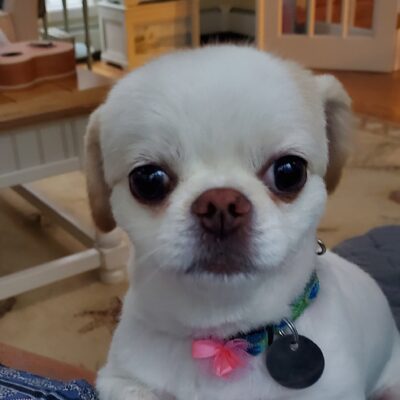 What change do you yearn to make? Take a deep breath and share it with a trusted someone.  Make it real through declaration. There is accountability when you hear, “So what’s happening with…?” Recently, “Jenny,” a friend in her 30’s, announced, “I need to look for a new job.”

This is no small thing.

Previously, she was on a tight, tight budget for years. Now she’s making money and then some. At the beginning of her current job, she joked, “For the first time, I don’t have to choose between a pair of expensive shoes and the phone bill.”

Her mother and I were relieved.  Financial security had found our gal. I replied, “Well, if that isn’t arriving, I don’t know what is.”

Her dream job gave her responsibility and authority. A chance to strut her stuff as resourceful, organized, and skilled with people. She exceeded her boss’s expectations.

But it also came with 50-hour work week in a daily pressure cooker, leaving her little time and energy. Stress headaches appeared. She’s single. When will she find time to slot in a relationship, much less marriage and children?

An older friend advised her to “suck it up.” After all, good jobs are hard to find and look at him! Almost fully vested with a secure retirement on the horizon. Medical insurance is important. Big jobs come with big demands. “It’s just the way it is,” he said.

But should it be?

She said to him, “You are almost at the end of your runway. I’m just at the beginning of mine, and if I don’t act now, I’ll be trapped.”

Her foresight came through counseling where she weighed career v. personal life, and realized they are not mutually exclusive. Life balance is an elusive creature but Jenny is in hot pursuit. She found the clarity to vote for herself.

How many of us don’t even bother to put our own name on the ballot?

Now whenever I ask, “So what’s happening with…” she lays out her efforts. Put out feelers, job hunt, save enough money as a cushion, have a candid talk with her boss about reducing her 50-hour work week.

Self-reflection is a pandemic-related benefit and many prioritize family and relationships. It’s about mental health and well-being, especially in light of 610,000 Covid-related deaths in the U.S.  Clearly, life can be random.

The hamster wheels we were running on came to sudden stops.

There was time to ask, is this the way I want to live?

Time is precious, how do I want to spend it?

Is it too late?

Jenny took a deep breath and announced, “I have to look for another job.”  It was a declaration of self-worth, that she deserves a personal life balanced with realistic work demands.

It takes courage to envision a different way, and it is never too late.  What change do you need to make?