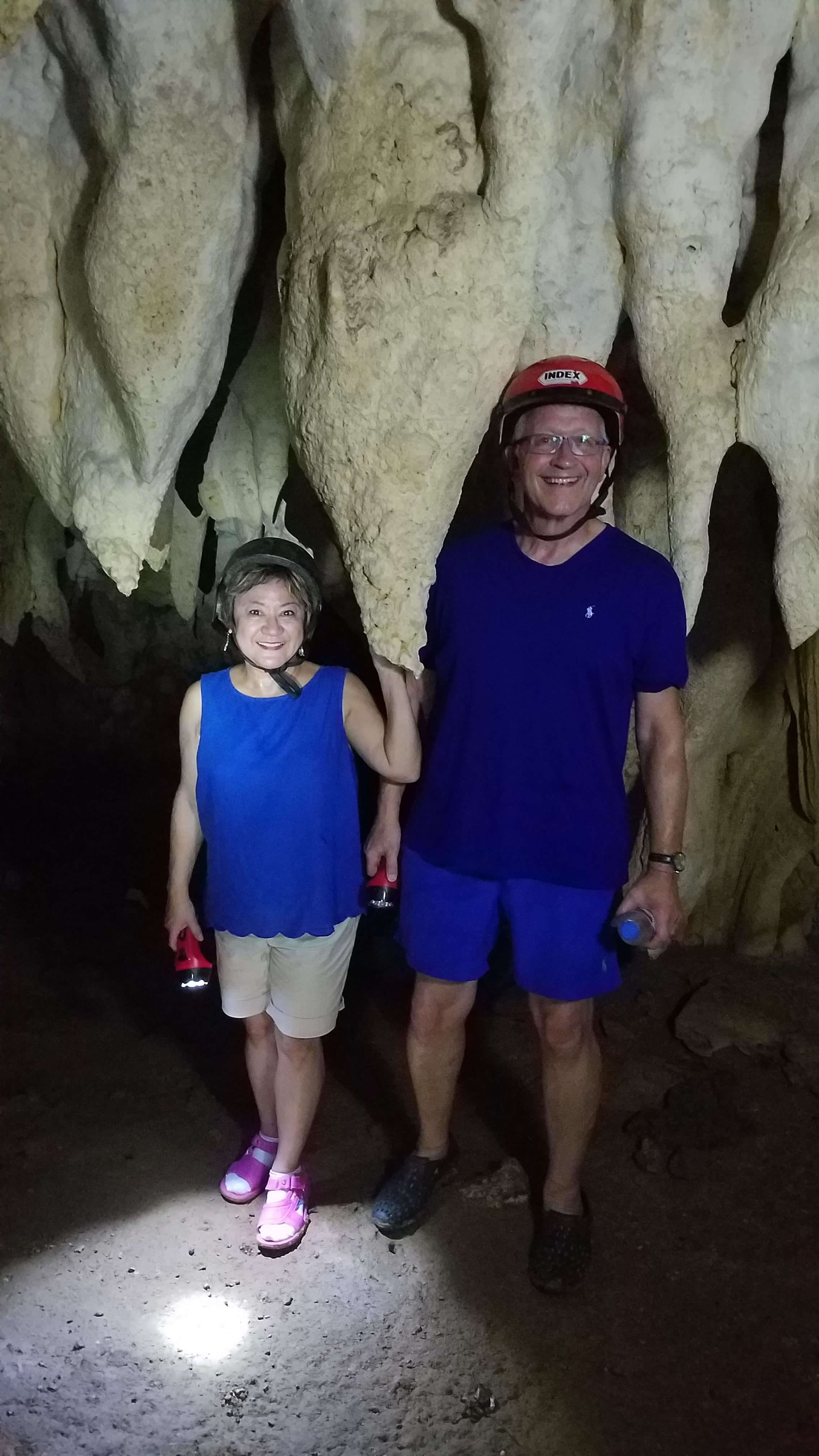 Follow Me
Suzette Standring
SUZETTE MARTINEZ STANDRING is a nationally syndicated columnist with GateHouse Media. Her two award winning books, The Art of Opinion Writing: Insider Secrets from Top Op-Ed Columnists (2014) and The Art of Column Writing (2008) are used in journalism courses such as Johns Hopkins University. Suzette is a past president of The National Society of Newspaper Columnists, and the host of It’s All Write With Suzette, a cable TV show about writing. Visit www.readsuzette.com or email suzmar@comcast.net

Onward to an eco-adventure on the island of Panay. From Boracay, a “tricycle” (a tiny motorcycle van) drove us to the jetty where we caught a 15 minute ferryboat to the western tip of Panay Island. Afterwards we drove 40 minutes  to Buruanga, Aklan to “Hacienda Maria,” a working farm, to experience rural Filipino life and to see the Sapsapon Caves. 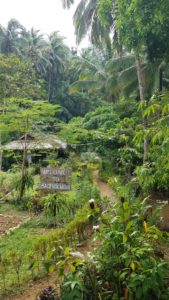 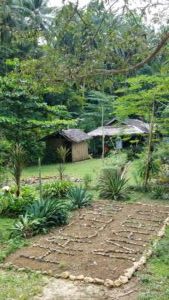 The mountain air was pure and clean, roosters crow amid jungle-green foliage.  We walked to a thatched-roof veranda set within a manicured flower garden to meet our hosts. Hacienda Maria is an escape from the pollution, crowding, and traffic so common in the Philippines.  Talk about rural; no Wifi signal and Hacienda Maria has no website. It’s run by a farming family and arrangements to visit were made through a tour company.  It’s a 49.5 acre working farm that produces rice, vegetables, coconut wine, with a few farm animals.  Having the Sapsapon Caves on their property is a claim to fame. 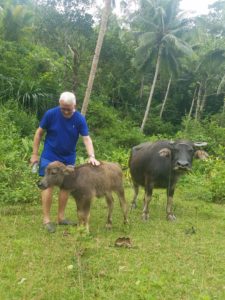 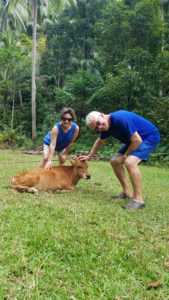 We had a full schedule: exploring caves, waterfall swimming, hikes, lunch, and a full body soak in a “kawa” where the water was heated by a fire underneath.  You know, cannibal-style.

Our Hacienda cave guide was a fourth-generation owner, 16-year-old Jornel Aquendo, who is one of nine children.  Handsome, sweet, and so excited to take us to the caves first. 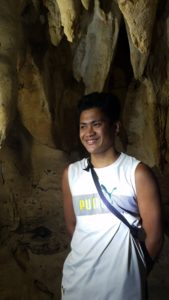 We were given helmets and “crocs” to wear so we wouldn’t dirty our shoes.  It was raining before we arrived, so the paths were muddy.  The five of us set off – Jornel and two buddies, David and me.

I wasn’t prepared for the descent down slippery trails and steps, and it was steamy.

Boning Aquenda, Jornel’s great-grandfather, discovered the two caves in 1980, and the Aquenda family opened them to the public in early 2013.  But clearly, they don’t have money to ensure international safety standards. The steps were steep and uneven, with me holding onto rickety bamboo rails to descend. 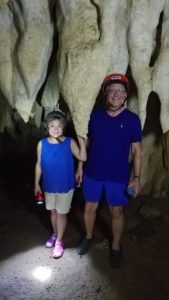 When we entered Cave No. 1 there were no lights inside. We used flashlights to view mammoth formations.  Heavy stalactites dropped down low.  Good thing we wore helmets, but not young Jornel, “I don’t need it.”

Sure enough, he hit his head hard on a low hanging stalactite.  However, no blood, no foul. 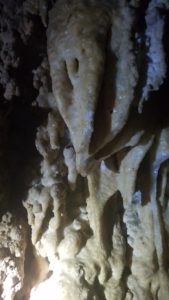 In the dim light, the cave was whitish gray, full of bumps, ghostly shapes, and formations. “I bet you loved playing in here when you were a kid.”

Doubt, but I’ll defer to the expert. We ventured deeper to view more gigantic formations, still growing over time as water seeps slowly to the tips.

We came to a tight opening at the end of the cave with the option of squeezing through to see the other side.

Should I bet something against nothing? I’m wary of breaking an ankle, but I hate to be a party pooper.

The teenager said, “About ten minutes, but more intense.  You have to climb ladders, and there’s a place where you crawl through a hole, but it’s muddy.”

Naturally, my British explorer was game.  (He later reported a larger cave with even more spectacular stalactites and stalagmites.  He declined to belly crawl through the mud though.)

Meanwhile I walked back out into the tropical sunshine and returned with another compatriot to Hacienda Maria where I strolled solo through lovely grounds, watching butterflies, breathing in the pure air, reveling in the blessed silence, and waiting for the spelunkers to complete their adventure.

Next post:  we soak, cannibal-style, in a kawa pot.  (Yes, that’s a fire underneath the pot.  Tune in next time as we continue our adventures at Hacienda Maria! 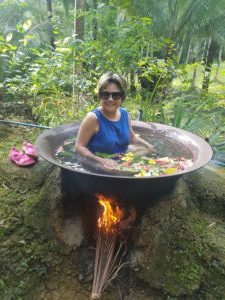