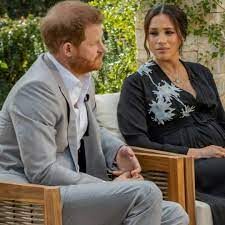 Telling the truth is never convenient and has no perfect timing. Struggles are shared when one realizes mental health is at stake. No one expected the wife of Prince Harry to be fearful or suicidal, yet that was Meghan Markle’s experience as told to Oprah Winfrey during a TV interview. I hope many battling mental illness watched and can feel braver.

Meghan’s revelations are a public service to those hiding in the dark with similar issues. Suicidal thoughts, isolation or feelings of “not being heard” can affect anyone, even those living a “fairytale” life.

Meghan and Prince Harry shared why they left royal life. The English press was relentless in portraying her as a troublemaker. The palace refused to defend Meghan in response to the lies. Meghan was candid about her suicidal thoughts, her growing inability to cope, and intense fears for the future. It was Prince Harry’s idea to leave the UK as he feared for his family’s safety. The couple was refused protection and later denied financial support.

Rich or poor, anyone suffering from mental health issues can relate to her struggles.
Especially painful was the unequal treatment she endured. Meghan is bi-racial, and press-induced hatred against her caused acute mental pain and fear. People of color know this well. Even Prince Harry admitted that until he married her, he never realized the extent of racism. Now his son, Archie, makes it more personal.

When the couple took a worldwide stage, there were lessons for all who suffer from mental health issues.

Meghan and Harry actively reclaimed their mental wellbeing, which took priority over protocols and traditions. Critics such as British commentator Piers Morgan heaped accusations of lies and manipulation. His cruel dismissal mirrors what the afflicted face; that their cries for help are not credible.

Take heart and hope from the “bombshell interview.”

Counseling can save your life. Get help and don’t stop trying until you find it. Meghan’s many requests for counseling were denied at the palace. That didn’t stop her from considering the unthinkable, and that was to leave royal life.

Speak your truth, and ask for what you need. Meghan told Prince Harry, “I don’t trust myself to be left alone.” Only then did he realize the depths of her suffering, and acted quickly to protect her.

A good counselor is a steady, go-to resource, who can help to create a better environment by making one aware of anxiety triggers, how to cope, and other vital advice.

You are not alone. Connect with people who care. Friendships made in group counseling have saved lives. Folks meet regularly on-line, or face-to-face on cell phones.
Bravo that the freedom-seeking couple choose to live in the U.S. Clearly, their relocation was for mental health.

Their example may cause others to reclaim their own mental stability and may the resulting relief silence all critics. Being brave makes us all royal.

This column ran in the Patriot Ledger and nationally through Gannett on March 2, 2021.