Passover and Easter symbolize release from the bondage of despair 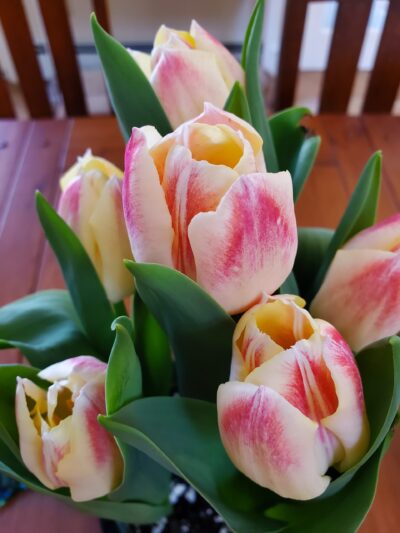 Once upon a time, in what feels like a galaxy far, far away, faith was about love, compassion, protection, and building each other up. Those things create a quiet, personal righteousness.  But now a loud, public righteousness is fueled by anger with no room for forgiveness or redemption. Passover and Easter symbolize the power to overcome the bondage of despair.

Passover is the retelling of God’s supernatural deliverance of the Israelites from cruel slavery. The Jewish holiday is mindful of the responsibility to overcome modern forms of subjugation.

Easter, for Christians, celebrates the Resurrection, which is Jesus’s triumph over physical death; that God is unlimited, and that death is not permanent.

Both times, it was God’s triumphs. Deliverance from Egypt and later, the Resurrection were not engineered by humans. Therefore, in the face of divine power, the Torah and the Bible are filled with teachings of forgiveness, kindness and generosity of spirit.

They are hard feelings to reach for when my feet are mired in emotional sludge.

I see the oppression by hypocrites working on exclusion, all in the name of “what’s right,” and deep divisions in our country exploited by “alternative facts” and conspiracies.

I mourn senseless shootings by those enslaved to hatred or untamed mental illness.

Daily, the tyranny of social media acts like puritannial shunnings.  Zero tolerance for mistakes made in one’s youth or unproven accusations on Twitter are a pile-on that kills a person’s career, not unlike Giles Corey in 1692 who, falsely accused of witchcraft, was pressed to death by boards and boulders.

Sometimes the radiance of hope reduces to mere embers, and I’m unsure if I can re-fan the flames, like David in Psalm 13:2 who, in his darkest hour, said, How long shall I take counsel in my soul, having sorrow in my heart daily?

But Passover and Easter whisper in my ear, Something much bigger than you is working behind the scenes. Just do your part.

What is my part? Stop. Breathe. Find gratitude.

I’m now counted among 14.3 percent of Americans vaccinated as of March 26, and Massachusetts ranks 11th in state vaccinations. I live in a good place.

Gratitude for family has never been higher, as well as the renewal of lost friendships.

Creativity, often tamped down by lack of time, has surfaced through painting, ukelele lessons, writing a novel, and basement mushroom farming. (Who knew a grow-your-own kit could be so prolific?)

Ah, Spring. I bought my first pot of tulips, which captivated me the entire day. How can something so fragile in its pinkness be so soothing? It’s an ongoing mystery why the undeserving – all of us – are bestowed such gifts straight from the unfathomable divine force behind Passover and the Resurrection. Message received. Stay the course of hope and love, and bring it to others.

This column ran in The Patriot Ledger and through Gannett on March 30, 2021.