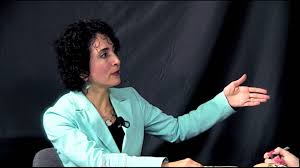 Equal pay between men and women is a spiritual issue to Mamak Charepoo, a money coach, speaker and trainer in Quincy. In her Bahai’ Faith, a major tenet holds one element of a just society is the equality of men and women.

As of 2016 women are paid only 79% in salary compared to their male counterparts. The 21% gap widens for women of color, according to The Mayor’s Office of Women’s Advancement in Boston. Charepoo was born in Iran and raised in the U.S. since she was five years old. Today, the 49-year-old married mother of three, said, “Equal pay is very close to my heart. The Baha’i Faith says the world of humanity has two wings, one is woman and the other man, and not until both wings are equally developed can the bird fly. Should one wing remain weak, flight is impossible.”

Often women are weak in salary negotiations. To remedy this, the City of Boston is holding free salary negotiation workshops for which Charepoo is a facilitator. The Mayor’s Office of Women’s Advancement aims to educate 85,000 women over the next five years and is partnering with the American Association of University Women, a leading national voice in promoting equity and education for girls.

Charepoo said, “The gender gap really starts at year one out of college for women and it only gets worse over time because of the cumulative effect of earning less than men.”

In addition to the economic issues, there are insidious effects on children. The owner of Charepoo Coaching and Consulting said, “There is a confidence issue that affects girls and also affects boys when they see how the genders are being treated differently.”

Confidence is key. Employers feel self-assurance equals an ability to handle situations. However, negotiation inexperience causes insecurity. Many women tend to seek approval, and resist being direct for fear of rocking the boat.
There are technical aspects to negotiation that Charepoo teaches. Privately, she believes there are spiritual aspects for reclaiming one’s inner worth during stressful situations, and shared three.

Get centered. Get out of your head. Stay in your heart to be authentic, truthful and open. “We cannot control the outcome but we can control who we are during negotiations. My faith tells me we are created noble. Come in your “best self” and be open to listen.

Connect higher and ask for spiritual strength. She shared her prayer, “God, please help me to let my noble qualities shine so that I can be the best representation of what you have created. Help me to show up as a pure-hearted, radiant person.”

A power pose can release physical stress. Stand and reach to the sky for two minutes and feel the noble qualities within. “This lowers my stress level and raises my testosterone and my confidence,” said Charepoo who credits TED talk speaker Amy Cuddy, and added, “Tapping into inner strength coupled with negotiation skills will help women to act on their own worthiness. The goals of a just society cannot be achieved as long as women are treated inferior.”