Feed the hungry? There’s an app for that 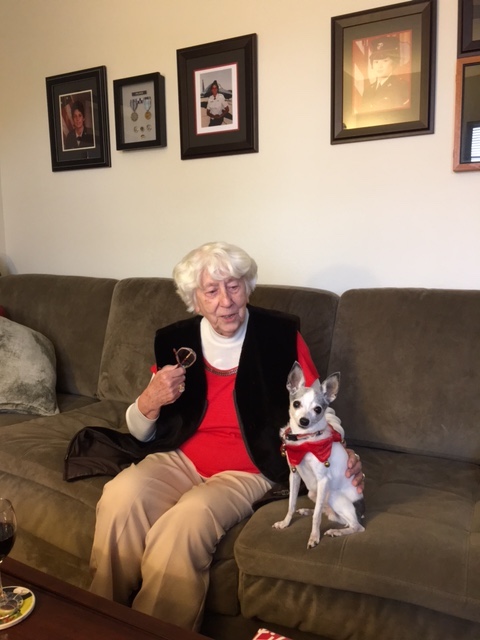 “Feed the hungry” is in every spiritual teaching. Think of food pantries, Meals on Wheels, soup kitchens and casseroles taken to nearby friends and families. Recently, I found a way to send food to those in need who live out of state.

Spiritual kindness can be made practical through Grub Hub, Uber Eats, Door Dash or any number of food delivery methods. This is not an advertisement, it’s a discovery I made one day when I was feeling helpless for a faraway friend who was going hungry.

Adriana is 92 and lives in Northern Las Vegas. I’m 65 and I live In Milton, and we’ve been best friends for 30 years. Despite our age gap,  I couldn’t keep up with her!

But now we live in different states, and it’s awful to hear Adriana’s once-robust voice grow weaker.  Five years ago, she had a severe allergic reaction to a prescription medicine, and she’s never recovered. Her limited medical coverage does not allow for more experienced treatment. Now she barely moves around, and can only digest specific foods.

I love Adriana like a mother, but she won’t let me visit.  Maybe she’s too proud, or she doesn’t have the energy for company, or perhaps she doesn’t want to bother me.  She is widowed, with no children, with only a few local friends to check in on her.

And she was barely eating.  Wracked with pain, she’d rather lie down for hours, rather than fix food, even though a local friend bought her groceries once a week.

Adriana is not unique. Her plight is typical of many aging seniors with limited resources.

One day I was wringing my hands with worry.  Then I had a lightbulb moment. Could I get food to her regularly through one of those mobile app delivery services?  I signed on with one, and ordered food from a restaurant two miles away from Adriana.

Success.  Now I order her meals twice a week, and it has proven to be her lifesaver.  While her condition has not improved, it is reassuring that she’s eating foods she likes twice a week, at 5 p.m. on the dot.

It’s been almost six months since her meal deliveries began, and she emailed me yesterday:

Around 5 p.m. I heard the door bell ring. I look so weak and one push can throw me over. It was the woman bringing me food from the restaurant. I told her about the many times already you, my friend, had sent my dinners.  And how far away you lived. And how kind this was. She started to get tears in her eyes and said, “How blessed you are.”  At that my tears were coming, too. I still have no words to thank you and let you know how this affected me. — Adriana

Maybe you know a faraway friend who can use a meal.  Feed their spirits.

This column ran in The Patriot Ledger and nationally through GateHouse/More Content Now, September 23, 2019.