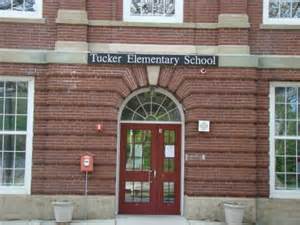 I talked to fifth-graders at Tucker School in Milton about the art of opinion writing. Those ten-year-olds were taller than I am! It took me back to 1965 when some kids in my own fifth grade used to call me “shrimp,” “midget” or “tiny tot.” Ah, childhood and its future effects on self-expression.

As a mob of laughing, chattering children found their seats, I wondered how to convey the essence of opinion writing to such a young crowd? I distilled it down to this: Prepare well and be very, very brave.

For example, writing in the first person is powerful but scary. Yet sharing a personal experience can give the reader a new perspective. However, to be vulnerable in public is not for everyone, but that’s what makes a columnist so special.

A good opinion column raises issues just as it offers insights or solutions. Without a solution, the writer is just complaining. So I asked the kids, “What are some of the social issues among you?”

One little girl piped up, “Dating!” There was a sudden, collective gasp among her classmates, and many boys yelled, “Ugh!” In trying to create a Judgment-Free-Zone, I said, “Dating! So what are some of your opinions on dating?”

The kids were adamant. “We’re too young to date.” “It’s not appropriate at this age.” “It’s way too early to even be thinking about it!” I was relieved. Perhaps it was best to steer in another direction.

“So what other social issues might you write about?” Many hands shot up with the same answer, “Bullying.” I asked them, “So what’s your opinion as to why that happens?” and the students had lots of answers.

“Bullies need a lot of attention. They bully people so kids will pay attention to them.”

“Bullies need to feel important. They pick on people to feel powerful.”

“They’re abused at home and that’s where they learn it.”

Their answers were so heartfelt. It sounded like many had been on the front lines.

“So, kids, what solutions would you offer in your column?”

“Stand up for yourself and others.” “Speak up. Don’t hide it.”

Opinion writing is made stronger with facts and research. A good idea is to find an expert and quote his or her professional advice. “Now who could you interview for your column?” I asked. These kids were resourceful.

I made a suggestion, “Perhaps the school nurse?”

The hour zoomed by. We talked about intelligence and courage being key when tackling a form of writing that is based on “I think,” “I feel,” and “I believe.” I said, “When you’re brave, you show others how to be brave, too.”

I left reassured.  Many of those kids already have what it takes!

I will be giving a FREE column writing workshop at the Newton (MA) Public Library on Tuesday, June 23, 2015 at 7 p.m.  Details here.