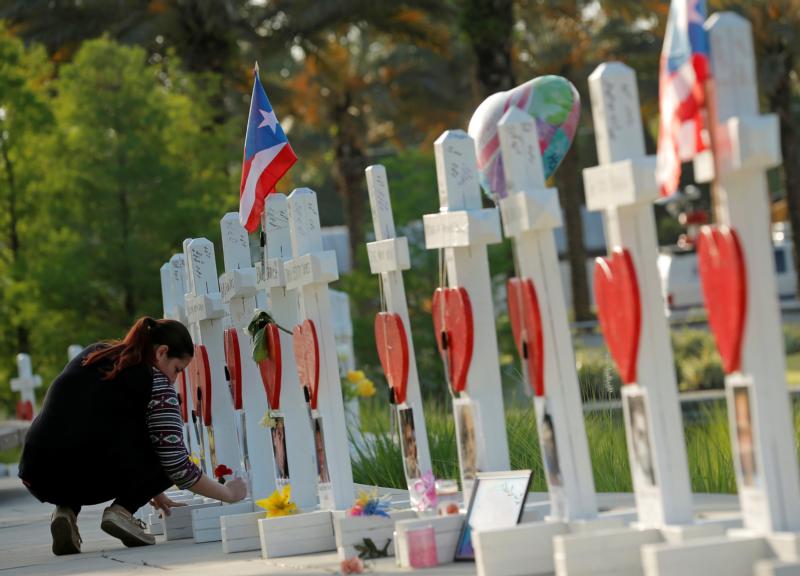 After the killing of 49 innocent people dancing in an Orlando nightclub, my heart shrunk with despair.  The familiarity of mass murder is paralyzing because hate cannot be legislated away when such a killer believes his murderous rage is righteous.  How do I battle my own gut reaction toward retaliation?

The Washington Post reported 29-year-old Omar Mateen, in three calls with FBI crisis negotiators, labeled himself an “Islamic soldier” and demanded they “tell America to stop bombing Syria and Iraq” and that was why he was “out here right now.”

The horrors of war in Mideast, which include the death of innocents, made him believe he had the right.  That mindset is a perversion that leads to unthinkable acts.  Mateen was not killing flesh and blood beings, but creating “collateral damage” in his personal war with the U.S.

With sorrow I think of the families who now own the unique grief of losing loved ones in a mass killing.  I can’t watch the news anymore.  I take a walk and pour out my bewilderment to God. What good can ever come of a gun that shoots multiple rounds of bullets per minute? Where is the justice?  Who will answer for this? I don’t want to tar groups with a broad brush. I don’t want to close my heart in fear. Hello, I’m feeling helpless!

The morning sun skims my skin with heat.  White clouds puff along in brilliant relief against blue, blue skies. What is it that I really want?

I want perfect justice.  I want evil people to answer for their crimes.  Yet I know it cannot happen because the killer is dead.

Then I recall a scripture (Hebrews 4:12-13)  that carries, for me, patience and surrender:
For the word of God is alive and active. Sharper than any double-edged sword, it penetrates even to dividing soul and spirit, joints and marrow; it judges the thoughts and attitudes of the heart. Nothing in all creation is hidden from God’s sight. Everything is uncovered and laid bare before the eyes of him to whom we must give account.

Exacting justice lies in the hands of God, the perfect judge  Could you explain the difference between “soul and spirit?” God knows every nuance, every aspect, every origin and motivation of all thoughts and actions.
Justice will come on God’s timetable, not on mine, but it will come, and it is not premised on me or anyone else acting out in hate or retaliation.

This may sound passive to many, but it takes heroic effort on my part to not become prejudiced, not to lash out, not to damage myself by losing myself.

Because I believe God’s judgment is perfect, I can instead channel my energies into prayers for healing, to act in kindness, to advocate for gun control, and to practice patience in the hope and expectation that grief will be repurposed into greater societal change.

This column appeared in The Patriot Ledger and nationally through GateHouse Media on June 25, 2016.