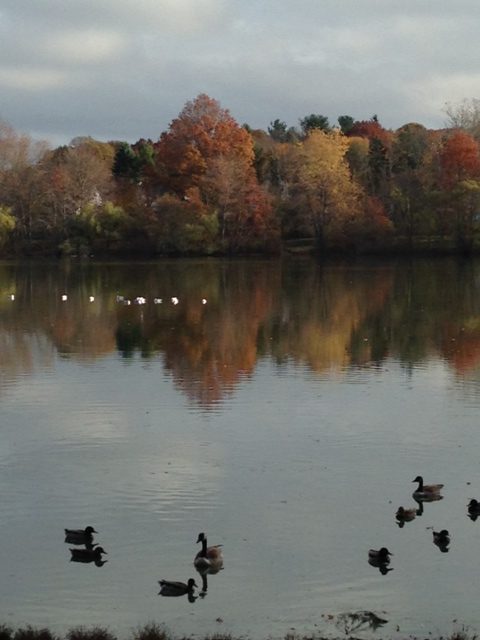 Live for the greater good and show mercy to the poor cook who has shopped, peeled, trussed, baked, and roasted for days leading up to this celebration.  The chef deserves happiness and camaraderie at the table, which took two hours to set.

Surely, you can bite your tongue and turkey at the same time.

That annoying (fill in the blank) may get your goat, but hold back on giving him/her/them what-for. Instead, savor the taste of gravy and stuffing eaten in friendship and gratitude, which gives the day its due.

Who cares about what you or “they” think anyway? Basically, it’s a draw.  Give peace a chance, so fake it until you make it.

With such cliches in mind, let’s drill down into reality.

No one’s mind will be changed.  Brilliant conversion to the other side has never happened during the salad course.

Instead, focus on what is held in common: pets, children, future dreams, or funny foibles. Everyone present is part of of a family, a tribe. Every village includes the tolerated outcasts, which might mean you, but you’re in denial. So behave yourself.

Be polite and ask questions that uplift the conversation and make all guests feel included. In other words, contribute more than a narrow-issue rant followed by a burp and a belch. Create a reprieve from predictable fighting.

I am friends with folks who hold different views from my own on issues ranging from food choices, parenting and politics. So what?  We can still create fun memories.  We often work together and get things get done.  Mutual enjoyment is possible outside of just trading hot-button opinions.

None of us are one-trick ponies. We all have an array of gifts and life experiences worthy of being shared.

Nothing puts a damper on socializing than self-righteous statements.  Years ago, my friend Glenn hosted Thanksgiving, and invited extra people to the dessert hour, where he labored to make cakes, pies, and pastries available.  No sooner did a couple sit down when one announced, “Nothing for us. Sugar is a white poison. We’re just here to socialize.”

Really? Are you?  Because those sitting here with ten slices of everything on our dessert plates feel judged. How can one bond with you now?

There are blessings and (perhaps undeserved) mercies in our lives.  Pay it forward.  Help others to focus on goodness and gratitude.  It’s one official day a year.  We can do this!