New Year, New Decade: Packing for it, and leaving old baggage behind 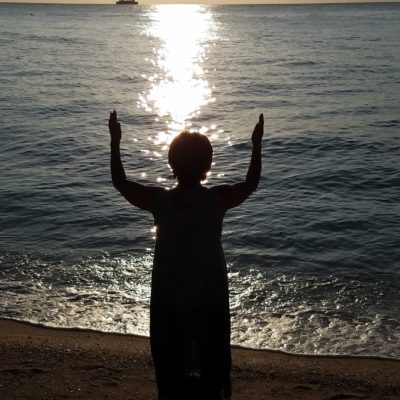 We are in a new moon phase entering the third decade of the 21st century and I’m relieved to see 2019 in my rear view mirror. Perhaps I’m not alone. Now it’s time to assess the hurts, disappointments, betrayals, and plain bad luck of the past year. Why? Because I’m packing for a new decade, and that kind of baggage is not coming with me.

When examining my part in painful episodes, I often say, “Well, I’ll never do that again!”  Or I think, “To what purpose did all this happen?” Then I pack up those boxes and file them in a dusty corner of “lessons learned.”  Gosh, there’s a lot of stuff there.

I once heard mystic Betty Bethards say troublesome issues will repeat in one’s life until that person recognizes the need to change both mindset and actions.  Stop being the victim.  Envision the future and see what part your current reaction could have on it.  If folks bring you down, then change your company.

Back then, I’d go up in a sheet of flame and took things personally when I didn’t get my way.  I would debate to the death, or at the very least, have the last caustic word.

Wait. Being measured is not the same as being weak?

OK, I’ll give it a try (I thought grudgingly).

It’s true. Present responses do affect the future in ways I never could have foreseen.

For example, right around that time a colleague did me wrong on a collaborative project, and I decided to check my ego. Who cares if she gets all the glory? Neither she nor the project were important in my life, so I said nothing and moved on.

Much later, I opened my own business and she brought me a big client, which proved to be career changing.  Out of the blue, she called, “They asked me to handle their business, but I’m too busy, and I thought of you.”

If I had told her off three years earlier, that never would have happened.  Over the years, self-control is what I practice most, and it tries my patience every day. However, the shorter time I have on the planet, the longer view I take, which is to puzzle out random weirdness to find future hope.

Recently, I became friends with a young woman, brainy, kind, beautiful inside and out. Yet she battled depression and self-harm. She wants to become a nurse, but her pain is overwhelming at times. “When will I stop hurting?” she wondered.

I said, “Maybe you’re on an accelerated, master’s course in suffering. Someday, you can use your insights to heal others. Authenticity is powerful.”

Experiences can be put to purpose, and so we pack up reassurance and hope, leaving the rest behind, and we help each other step into a new decade.

This column ran in The Patriot Ledger and nationally through GateHouse Media on January 4, 2020.