Unity despite chaos: Diversity is changing America for the better 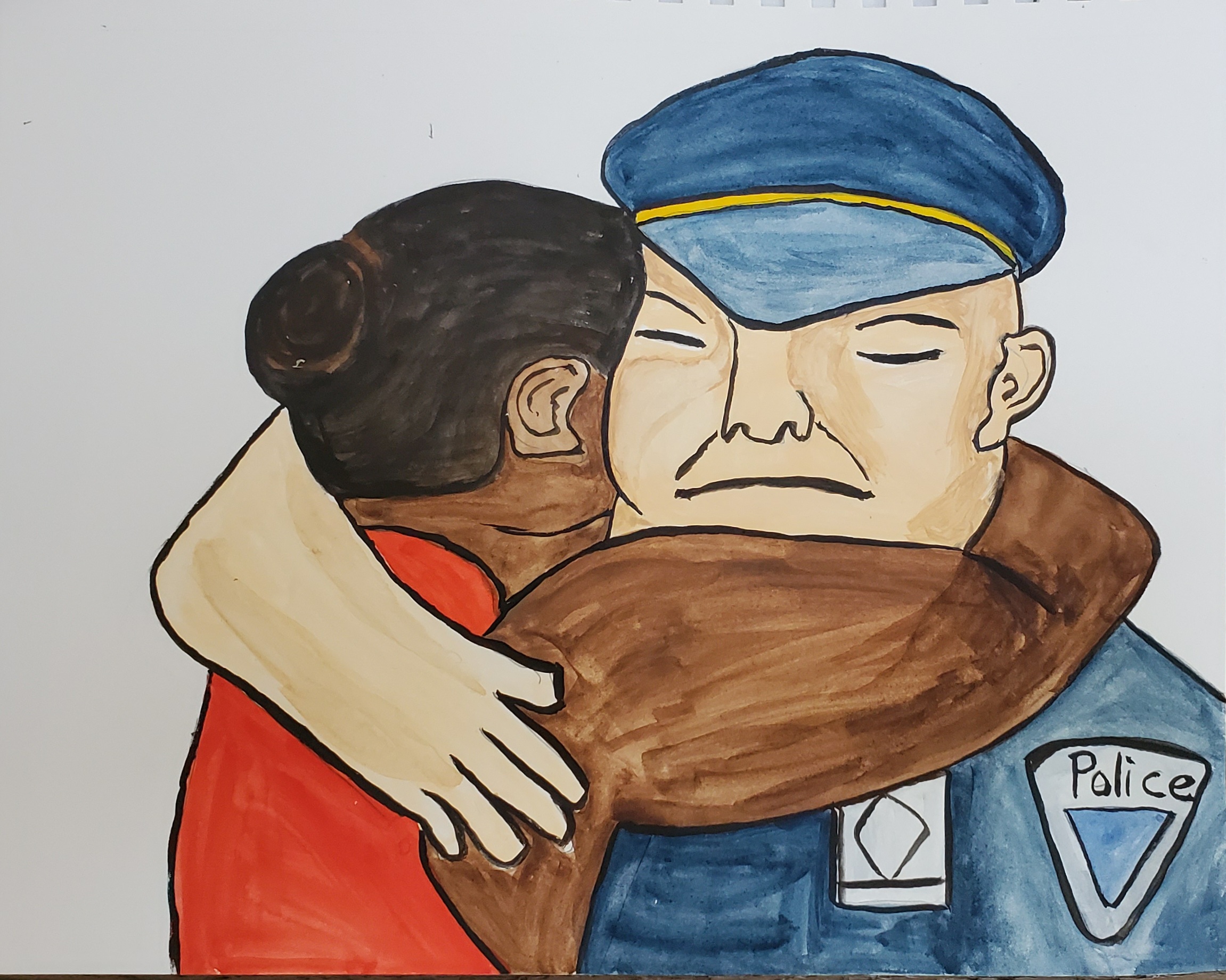 Randolph resident Dennis Grimes, 72, is African-American and a former Winthrop police officer. Today, he sees younger generations of all races – Caucasians, Latinos, Asians – unite in national movements for equal treatment of African-Americans and communities of color.  In my town, Milton, a diverse and peaceful crowd of 300 neighbors met in solidarity. Despite a federal leadership that uses inflammatory language to enforce old ways of control, change is happening, and Grimes welcomes it.

The long struggle toward authentic equality, made famous by Martin Luther King, Jr., is rooted in a biblical tenet that human potential realized is the highest praise to God, according to Grimes.

As a Christian, Grimes believes “to God be the glory,” which means the full expression of a person’s gifts is God’s plan, one that should not be limited or subverted by others. He said, “God gave everyone talents to use for ourselves, each other, and most of all, to glorify God.  When you deny other people their talents you deny God his glory.”

When he was growing up, communities were insular and discrimination toward African-Americans and people of color was overt and accepted. Now diversity through schools, work, and neighborhoods is common.

“What made things change today is integration. When I grew up in the 50’s and 60’s, segregation was the thing. People didn’t understand different nationalities.  Black people had their own world because they weren’t welcomed into the world,” said Grimes, who grew up in Boston’s South End.

He never let resistance stop him. At 19, he was the first and only African-American in the Drum and Bugle Corp., whose members were Irish and Italian in the 1960’s. At age 55, he realized his lifelong dream to be a policeman after a career with the MBTA in management, back when it was rare to promote African-Americans.  He believes his efforts and successes glorify God.

Of the younger generations, Grimes said, “They have more compassion, more understanding. They see gays, transgender people, other races as equal because they grew up that way. America is going to change.”

The destructive violence brought on by rage and frustration disturbs Grimes who observes many factors, and the cause should not rest solely on the police.  He is a proud former policeman, and he knew countless good officers on the job. Yet there is a toll of seeing the worst in people, and policies must change.

For example, complaints against officers need to be taken seriously.  Second, a longer probation period upon hiring is best. “Give a police officer five years probation instead of one because they are young. It gives the department a good measure of whether someone is a bad candidate for future problems. An officer making a decision at 22 still has a young kid’s mind, and don’t forget, men mature more slowly.” Third, psychological help needs to be offered early to at-risk officers.

Yet in diverse police forces that include women and people of color working under the same pressures, Grimes wonders why the killing of black men in custody is done predominanently by white male officers?  He said, “Why do they resort to that? It’s a question that must be answered.”

The current lack of federal leadership to unify people is based on a fear of change and wanting to return to old ways of control.  Grimes is father to bi-racial children, and his grandchildren boast mixed ancestry, too. “America is going to change. A lot of old ideas will go to the grave with us,” he said, referring to his age demographic.

Through heartache and chaos, a change toward authentic acceptance for all is happening. Of this Grimes is certain, and said, “And God WILL get the glory.”

This column ran nationally through GateHouse Media and The Patriot Ledger, June 3, 2020.  Note:  Watercolor of policeman and protester by Suzette Standring.