DNA is a truth teller and sometimes it hurts 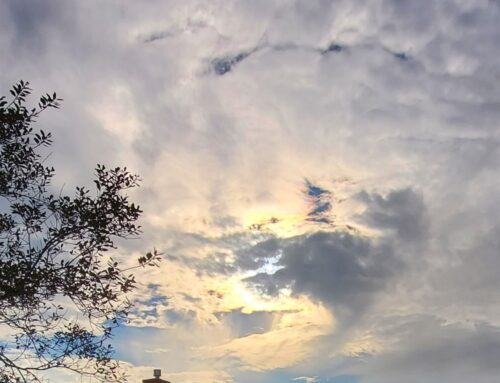 October is Family History Month and for some, DNA is unearthing uncomfortable facts.

Never mind social media, which offers instant history. That is child’s play compared to the biggest truth teller of all:  DNA.  Sometimes the results can be shattering.

DNA testing is used to research genealogy, ethnic origins, and to find family relations.  DNA has been to used to free innocent people from prison, and to track down the guilty, even after decades of cold cases.  It has reunited adoptees with birth parents.

But lately, I’ve observed how DNA brings to light family secrets, long buried on purpose; things that were never meant to be discovered. Decisions made, actions taken for the best of reasons, but DNA truths can jar one’s sense of identity and family history.

Take for example, a friend I’ll call Maria who thought she was Italian and Irish, and wanted to know more about her ancestry. Through DNA testing, she discovered her Irish father was not her father. Her conception had been through a sperm donor of German ancestry, and her two siblings are half siblings. Maria learned that  her parents, after years of trying, remained childless, so they used a different sperm donor for each of their three children.

None of the children knew this until they decided to get DNA testing “for fun.”

There were more body blows. Having discovered her true paternal DNA, it was devastating to learn she was not Irish at all, something she strongly identified with all her life.

She now had new concerns about her own medical history. What kind of potential health conditions had she inherited from this donor father?

Then one day through Ancestry, a stranger who was her half-sibling contacted Maria with research about their donor father.  Apparently, there are dozens of half-siblings because he had been an active donor for a decade.

Maria’s parents have long passed, and now she is 67 with a discovery that shakes her foundations. She has mixed feelings of love, anger, pity, betrayal, and confusion as she sorts out what she thought was her identity.

Such disturbing experiences may become more common as DNA testing increases. So as you get ready to mail in your DNA sample for testing, be prepared.  Unexpected results may call into question world views, one’s sense of belonging, and self-identity, all based on what was previously believed.  Suddenly, DNA tells a different story.

But there is one emotion to which Maria clings to that outsizes her other feelings, the one belief that keeps her steady within the maelstrom of shocking information.

And that is the gratitude of being.

How we got here offers fascinating facts, but what we do with our time here is the real story.

This column ran through The Patriot Ledger and GateHouse Media, 10/13/2020