Getting along: stick to first person 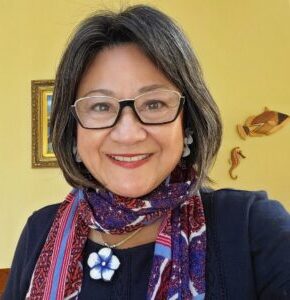 Here’s a novel thought for getting along.  Let’s stop the name-calling and making assumptions about each other’s character.  No good comes from labels like “deplorables,” “baby killers,” or “socialists.”  Sure, it’s on TV all the time where our mommies and daddies of political leadership set a bad example, but let’s be the kids who decide family dysfunction ends with us.

Express your strong opinion, but there’s no need to depict everyone who doesn’t share your feelings as Hannibal Lecter. We are capable of discernment. For example, I support police.  I condemn police brutality.  Huge difference.

Political figures and celebrities earn public comments fair and square. They are not like the little grandma down the street who is not famous.  Politicians, movie stars, and other public figures choose a life in the spotlight, so they reap as they sow.  Journalism 101.

But back to you and me, the regular folks, on getting along.

Speak in the first person as in “I feel…or “I think…”   Avoid sentences that begin with the accusatory “you,” as in “You think…” or “You always want…”

For the love of Mike, please stop using any form of “you people.”

Here, I’ll model it for you.

Full disclosure, I’m a centrist Democrat but I feel like a domestic violence victim.  Daily, I have anxiety about bullying, yelling, and threats from the highest levels. I’m a regular person trying to stay sensible, and it’s not easy to admit my fear, especially when told, “Stop making things up.”

You and I have much in common. Despite affiliation, race, gender, or creed, most of us are devoted to family, involved in community, and caring for folks as best we can, things that are not defined by one political party. It’s a humanity thing.

So why strip others of humanity by railing against “those people”?  Keep it honest.  I speak about what I know, what I observe, and my own experiences.  When I hear someone talk about “socialists” or “baby killers”, I want to ask, “Do you know any?”

Some friends hold very different views from mine. I like them for a multitude of non-political reasons, and they like me. Their daily lives are not much different from mine.

Do we disagree? Absolutely, but a respectful approach furthers understanding, even surprising admissions.

During a grownup conversation, some conservative friends admit disgust for the corruption of the far right.  On my liberal end, I am disgusted with the cancel culture of the far left (I suspect on both sides, there are a lot of us middling folks smooshed between extremists that I pray we outnumber). However, my friends and I leave it there, feeling mutually reassured that we heard each other out.

Besides, we’re going to duke it out at the polls anyway.

Meanwhile, try to elevate the conversations with kindness. When irritated, I can be pointed, but I try not to be personally insulting. It’s a long slog toward growth and discipline. I hope I make it.

This column ran in The Patriot Ledger and through GateHouse Media on 9/10/2020.