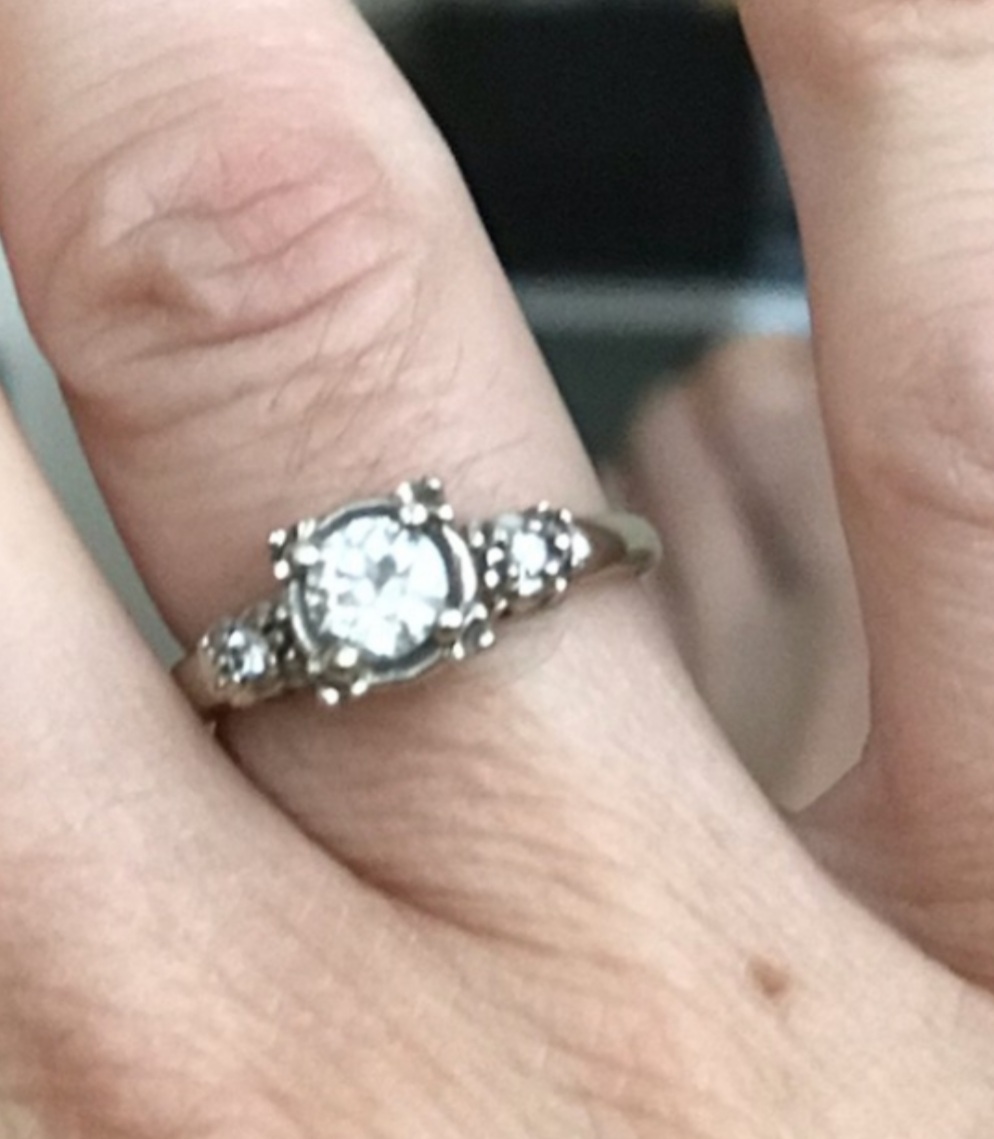 We treasure what loved ones left behind, like a favorite piece of jewelry. Or was it? My mother’s engagement ring has quite a story, and now at age 67, I understand why she never wore it.

She married my dad in 1950, and later in the 1980’s, after my mother’s death, the sparkly European-cut diamond ring was appraised at $5,000. How did my father afford it back when he was a steward in the U.S. Navy?

Growing up in a poor neighborhood in San Francisco, I assumed my mother never wore it for fear of getting robbed or losing it.

She said nothing. It had a very different value for her.

It was her financial safety net. My mother would pawn it for money to get our family through to the end of the month, and she always bought the ring back.

This is her ring’s origin story: My father, while serving in the Navy, won the diamond ring from a shipmate while gambling.

Now I am an older woman and I intuit why my mother never wore it. Some sailor spent a fortune on a ring destined for his own sweetheart. I imagine his sadness following my father’s win. An engagement ring that was never chosen with my mother in mind. A ring that made my father lucky probably felt unlucky to her.

So when the ring became mine, I thought only of a disappointed fiancee somewhere in the world decades ago. My association with it was when I went with my mom to the pawn shop.

Yet it is a magnificent ring, and its history hearkens back to when my mother’s original name was Josefa, later Americanized to “Josie.” The only piece of real jewelry she ever owned.

When my daughter Star had her first child, I gave her the ring to mark the momentous occasion. For years, Star wore it along with her own wedding set, and felt it was as unique as her “Lola” (Filipino for grandmother).
Star said, “It’s a style that you can’t find today and it has an exciting acquisition story. It makes me feel pretty and special and it is my tie to Lola. When I look at it, I feel happy. It lightens my mood.”

Feelings that perhaps my mother didn’t have, but now new energy and meaning imprint the ring, infused with my daughter’s happy memories and associations.

Do you think items retain the energy of their owners? I do.

Last fall, I said, “Wear it on All Souls Day. It will guide Lola to come visit you.”

We’ve come a long way. Somewhere in the spirit world, my mom knows that it all ended very well.