The Gifts We Don’t Return 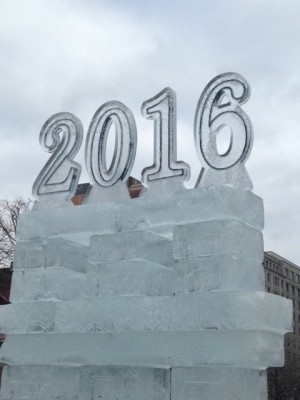 This month a deluge of holiday gifts are returned to stores. It’s hard to give the perfect gift, and almost as hard to remember getting one. Yet Patricia Kachinsky of Milton still talks about what she received years ago.  Back then she told her four young daughters, “I want a memory of something your father and I did right. It can take any form, but you tell me what you remember and what you might carry forward from me and your dad.”

Kachinsky, 75, still has those mementos, tangible evidence of what her children treasured about them three decades ago.  Today her daughters range in age from 51 to 44, but each long ago gift remains vivid to her.

One daughter made a “love box” of memories.  One side has a big heart with “Handle With Care” in the center, while another side says, “Hugs to hold you.” Elsewhere on the cube, it reads, “Ingredients: love, tenderness, kindness, caring, understanding and no artificial moments,” decorated with a grocery bar code.

Kachinsky also received a shadowbox in the shape of a house with tiny items: a sewing machine, a brown lunch bag, a hairbrush, and a dog.  Kachinsky said, “I used to sew their clothes, make their school lunches, and I used to brush her hair,” and then added, laughing, “She always wanted to a dog, but we never got her one.”

A handwritten letter from an opinionated daughter was full of appreciation, apologies, and promises to “try harder and be better.”  The letter told her parents, that despite the conflicts, everything in their family makes for a happy day.

Another gift was a high school graduation card from Pat and her husband, Robert, to their daughter who wrote, “This meant so much to me, I wanted you to have it back.”  At that time, their daughter had indecision about colleges, and her parents had expressed support, “Whatever you choose to do we will accommodate you in some manner.”

Writing a blank check was not how they raised their girls. It was understood that financial support had to be reasonable, and Kachinsky said, “I used to say you can come to my well with a cup, not a bucket.”  However, love is unlimited.

Family closeness cannot be bought.  When Kachinsky had recent surgery, she asked her daughters to take turns being with her during recovery.  At first, there was resistance due to work and family demands, but their mother told them, “I don’t want flowers or gifts.  I want your time.”  Each daughter came and one later told her, “I’m glad you made us stop to be with you.”

As Kachinsky said, “We are a unit.  What do we mean to each other?” A memory of “what we did right” reinforces the mutual caring in a family. It’s a good gift idea the next time someone asks.

This column was published by GateHouse Media.